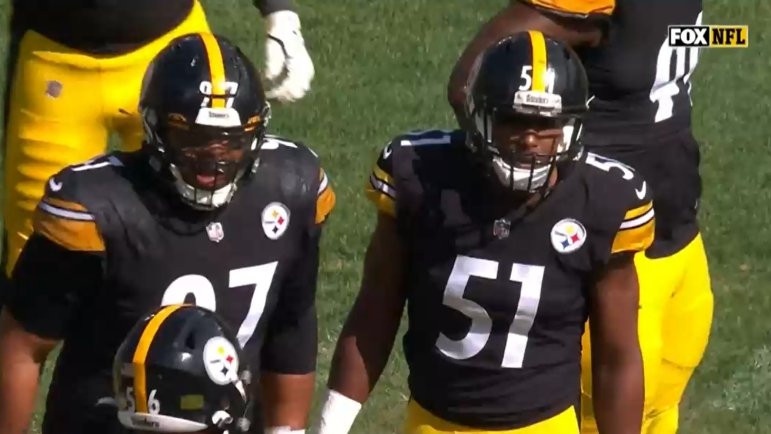 The Pittsburgh Steelers defense got torched early in their 16-10 loss against the Miami Dolphins, allowing 13 first quarter points, but they picked it up the rest of the game and didn’t allow Miami to score in the second half. Inside linebacker Myles Jack said he thought the defense was strong toward the end of the game.

“I really like how our defense weathered the storm towards the end. Obviously, you want to start out better and put the offense in better scenarios, but I like how we picked it up, nobody got mad, nobody got down, we just continued playing. Even throughout the third and fourth quarter in crunchtime, defensively I thought we really strapped up,” Jack said in his postgame press conference via the team’s YouTube channel.

Once Pittsburgh made an adjustment to have their linebackers running with some of Miami’s receivers in the middle of the field, the Dolphins and quarterback Tua Tagovailoa didn’t have as much success finding wide receivers Tyreek Hill and Jaylen Waddle open for chunk yardage over the middle of the field. It was a slight adjustment, but it worked wonders as Miami wasn’t able to move the ball at will as they did early in the game.

Jack led the team with 10 tackles, eight of which were solo tackles. He had a couple of nice run stuffs and made his presence felt in a positive way, something he’s done much of the year. As a whole, the Steelers’ defense has looked much improved over the past two weeks, as they held the Buccaneers to 18 points and just one touchdown last week while holding Miami to just 16 points and one touchdown today, which came on their opening drive.

It was once again a bend, don’t break performance, although there was barely a bend in the second half, as the Dolphins went for it on fourth down in their only scoring opportunity in the second half, and Jack was able to get in and stop Chase Edmonds short of the sticks and force the turnover on downs. Jack gave credit on that play to his defensive lineman, specifically Larry Ogunjobi, who was the three tech on the play.

“He really closed off that A Gap and I was able to just run down, jump in there and get it on the play. So shout out to my D-line. They’ve been doing their thing and I felt like they really held it down today. It was a great performance by them.”

The blame for the loss today cannot be placed on the defense. While they struggled early, they “strapped up,” as Jack said, and limited the Miami offense from doing much of anything after the opening quarter. The Steelers’ offense needs to put up more than ten points for them to win. Holding a team to 16 points should be more than enough to get the win, but it didn’t today. Credit to the defense and the defensive coaching staff for making adjustments throughout the game and limiting the Dolphins’ offense, and hopefully their level of play continues like this all year and they can get more help from the offense and some wins to go with it.