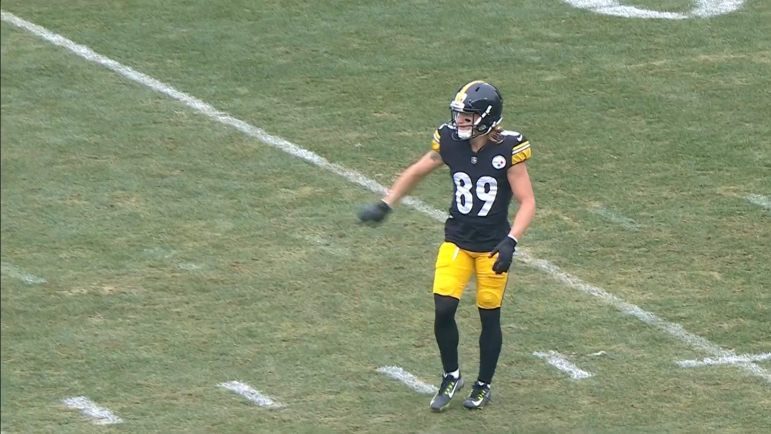 The Pittsburgh Steelers believed they were getting a high-level special teams player in Gunner Olszewski in free agency, one that would solidify the special teams unit in the return game after losing Ray-Ray McCloud to the San Francisco 49ers in free agency.

Turns out, the Steelers now might find themselves with more questions than answers in the return game four weeks into the season, thanks to Olszewski’s struggles with ball security with one muffed punt against the New England Patriots and a fumble on Sunday against the New York Jets.

Mike Tomlin says his comfort level with KR/PR Gunner Olszewski is "not very high" after fumbling twice in two games.

"Two is a pattern…we've got some decisions to make."

Says team may look at other options. #Steelers

“Not very high, to be quite honest with you, man. You can’t put two balls on the ground in four games and feel good about it,” Tomlin said to reporters Tuesday, according to video via the Steelers’ official YouTube page. “Two is a pattern in the National Football League. You know, we say that often We say that about runners is ball security. Whether it’s four games or or eight games or 12 games, two in our business is a pattern, and so we got some work there this week and some decisions to make.

“He’s gotta get us to a level of comfort and we will look at some other options as well.”

Tomlin isn’t going to hold back when it comes to being asked to assess play from certain players or aspects of the game. His comments regarding Olszewski was no surprise Tuesday, especially after Olszewski put the football on the ground to open the second half on Sunday before James Pierre was fortunately in the right place to jump on the loose football and retain possession for the Steelers.

Of course, the muffed punt against the Patriots led directly to the 17-14 loss as the muff gave New England a short field, leading to a touchdown drive that extended the Patriot lead to 17-6 at the time. Then, on Sunday, right before rookie Kenny Pickett was set to make his debut, Olszewski put the ball on the turf trying to fight through two tackles on a punt return that was going absolutely nowhere.

Now, the Steelers have a decision to make.

That could result in Steven Sims getting an elevation to the 53-man roster Sunday from the practice squad, or could result in Olszewski being cut from the roster in a move to activate rookie Calvin Austin III from injured reserve.

Regardless of what direction the Steelers go in, there is very little comfort in Olszewski right now, and that’s hard to get back, especially from a return specialist.