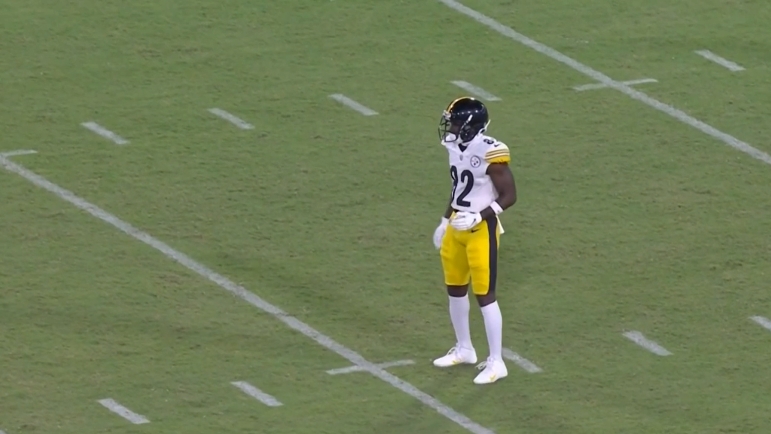 Not that it comes as much of a surprise given that he was listed as the team’s returner when the depth chart was released this morning, but Mike Tomlin confirmed in his press conference today that Steven Sims will be the Steelers’ returner on Sunday against the Tampa Bay Buccaneers, assuming he’s healthy.

“We expect him to be healthy, and if healthy, he’s going to be our return man,” Tomlin said via the team’s YouTube channel.

Sims suffered an eye injury before Sunday’s game which resulted in James Pierre attempting to field the Buffalo Bills’ first kickoff of the game. Attempting is the key word there, as Pierre fumbled and the Bills recovered. The damage was mitigated with a field goal block by the Steelers to cap off an incredibly strange sequence to open up the game.

Gunner Olszewski opened the season as Pittsburgh’s returner, but two fumbles later and he’s found his way on the inactive list. You can make a good argument that the Steelers would have two wins at this point if it wasn’t for Olszewski’s fumble against the New England Patriots in Patriots’ territory that set up a touchdown drive. He fumbled against the New York Jets as well, but at least that punt was recovered by the Steelers.

Sims eventually returned to Sunday’s game and returned one kick for 19 yards. Ball security is going to be the key for Sims going forward, as nothing’s more killer than a special teams turnover. If Sims struggles with that aspect of the game, Pittsburgh may be looking outside the organization for a returner.

Sims has experience as a returner with the then-Washington Football Team, returning 32 kicks for 819 yards and a touchdown his rookie season, while also fielding six punts for 26 return yards. In 2020, he returned three kicks for 42 yards and 24 punts for 160 yards. He does have a history of fumbles, with one in 2019 and four in 2020.