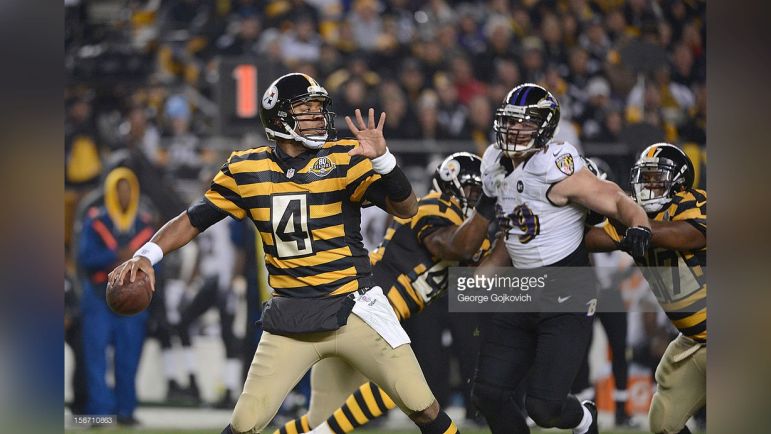 You know you’ve been coaching a long time when the men you used to coach are now holding a clipboard and headset themselves. Byron Leftwich went from playing for Mike Tomlin to now coaching against him this Sunday at Acrisure Stadium. Speaking to reporters Thursday, Leftwich was asked what he learned about Tomlin during his time with the Steelers.

“Mike T’s a unique, special guy, man,” he said via the Bucs’ YouTube channel. “That is all you can really say. I learned so much from him. I can’t have more respect for the coach and the human being than I have for a coach or a player or really a person. He’s that unique. It was enjoyable to play for him. It’s motivational to play for him.”

Leftwich spent four years working under Tomlin, first signing with the Steelers in 2008. After a year in Tampa Bay, he was traded back to Pittsburgh in 2010, a Steeler until he hung his cleats in 2012. He was a trusty backup, officially starting just one game, but offered quality depth behind Ben Roethlisberger. Leftwich is one of countless examples of former first-round picks who didn’t go on and become incredible players, but adjusted, found and accepted a new role, and thrived. First-round pick or not, a nine-year NFL career is rare.

After a couple years away from the NFL, he broke into coaching as an intern with the Arizona Cardinals in 2016. He was promoted to QBs Coach in Arizona the following year and was promoted to interim OC in 2018 after then-OC Mike McCoy was fired midway through the year. Tampa Bay gave Leftwich his first full-time OC job in 2019, reuniting with Bruce Arians, who coached in Pittsburgh while Leftwich was there.

Leftwich said the values – and the quotes – Tomlin instilled left a mark on him.

“I catch myself saying some of his words sometimes as I’m coaching. So that’s how important of a piece he was for me.”

He did admit, however, he can’t quite pull off the “Tomlin-isms” the way Tomlin can.

Leftwich himself has been viewed as a future head coach candidate. In fact, the expectation was he would become the Jacksonville Jaguars’ head coach this past offseason. Reportedly, negotiations broke down over issues of the team’s hierarchy and GM Trent Baalke’s involvement. Leftwich stayed in Tampa Bay, at least for another year, and will face Tomlin’s Steelers this weekend. Odds are the next time the two meet, it won’t be coordinator versus coach. It’ll be head coach against head coach.