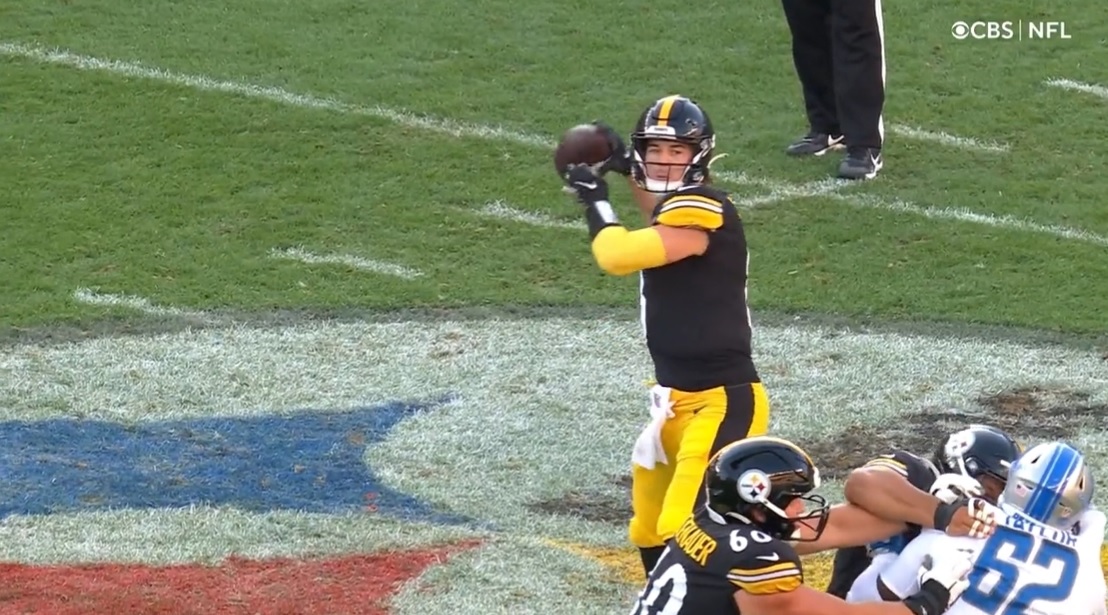 The Pittsburgh Steelers did not get the result they were looking for last weekend against the New York Jets, but that doesn’t mean there were no small victories for the team to build upon for the future.

Most notably, rookie QB Kenny Pickett saw his first regular-season action for the Steelers, which included some exciting plays that had previously been absent from the offense. Saturday, Mike Tomlin spoke about Pickett’s play and tape.

“It’s just the way he sees the game,” Tomlin said via The Mike Tomlin Show on the Steelers’ YouTube channel. “It’s not fast, it’s slow for him. That’s something that he displayed at Pitt and was one of the reasons why he was the quarterback in that draft class that we coveted.”

Pickett ended his NFL debut with 120 passing yards at a 76.9% completion rate, but also threw three interceptions. However, he displayed the toughness that Steelers fans had been asking for, as he scored twice on the ground and gave Pittsburgh the energy it so desperately needed at the time.

Two of the major attributes from Pickett coming out of the draft were his experience and intellect, as he had five years of college football under his belt and was seen as the most NFL-ready QB prospect due to his understanding of the game. Both of these assets were on display against the Jets, and were an essential reason behind his comfortability and offensive success in his debut.

“He made good and timely NFL-like decisions,” explained Tomlin. “He’s not bogged down by situation or circumstances or competition. He makes [decisions] in a fluid manner and most of the time they’re always good.”

The Steelers will need every bit of Pickett’s ability and confidence this weekend in Buffalo when they take on the Bills. Under similar circumstances last year, Pittsburgh went into Buffalo as underdogs and came away with an upset. Pickett has yet to experience a hostile away crowd during regular-season action, so Sunday will be a true test of his mental strength.