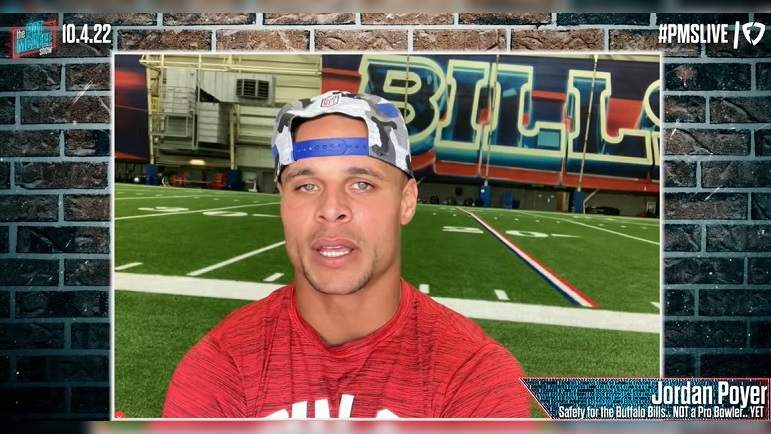 Buffalo Bills safety Jordan Poyer is among the NFL’s best at his position, and he offered up some praise for the Pittsburgh Steelers during Tuesday’s Pat McAfee show. The 31-year-old talked about how the Steelers are always a tough game and what he expects out of their offense when the Bills play host to the Steelers on Sunday.

“They’ve got a rookie quarterback coming in here, a top first-round pick, a guy who’s got all the potential in the world. Obviously, a really good defense over there. So it’s gonna be a good football game,” Poyer said.

He also said that the Steelers’ offense in the second half of the Jets game under Pickett wasn’t anything different from what they had run previously, but he expects some new wrinkles on Sunday.

“You get the second half of the Jets and Steelers game over the weekend and see kind of how he operates within that system. But then you go back to the Browns games throughout the season and you watch their offense as a whole, they didn’t really change much in the second half of that Jets game with the way they were running the ball and the plays they were calling. So I’m sure they’re gonna come out with a couple wrinkles for us on Sunday,” Poyer said. “This is a tough football team.”

I’m not sure how much we’ll see new from the Steelers with the change from Pickett to Trubisky. Frankly, we’ve barely seen any new wrinkles to this offense at all this year, and while Pickett gives it a different dynamic, I don’t really think the playcalling is going to change all that much. James Daniels said yesterday that they ran the same plays in the second half, but they executed them better.

Regardless, it’ll be interesting to see how Pickett works in a full game, especially against an elite defense in Buffalo. Despite the three turnovers, which weren’t all on him, he had a pretty good game against the Jets. He looked better than Trubisky and helped the offense put 14 points on the board, something they had only done in one other half this year.

I’m not expecting Pickett to come in and set the world on fire, but ideally, the offense will be a little more watchable and effective as he gets to develop as a starting quarterback. I like that we’ll probably see 13 full games with Pickett as QB1, barring injury, because that’s a sample size that can help you decide whether you think he really has it in him to be the quarterback of the future. The early returns are fairly encouraging, and seeing him against the Bills will be a great test for his first career start.

With a full week of preparation for Pickett getting first-team reps, maybe I’ll be proven wrong and there will be some new ideas or plays that the Steelers scheme to take advantage of his skillset. Sunday is going to be interesting, and it will officially begin in the Kenny Pickett era with it being his first career start. Hopefully, it gets off on a positive note.