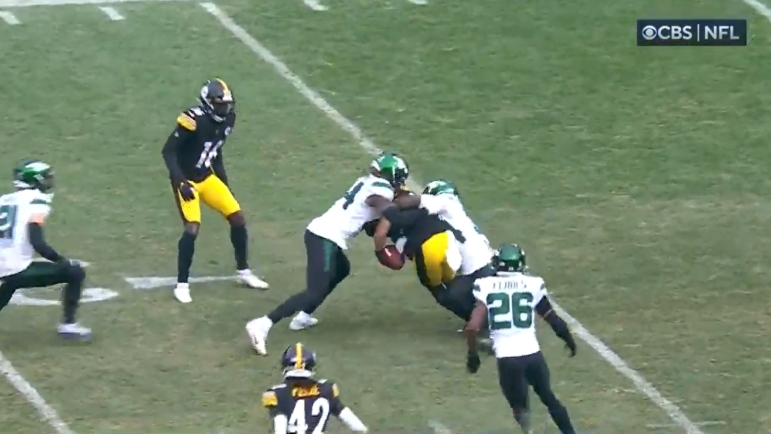 New England Patriots head coach Bill Belichick is not the personnel guru he often gets credited as. He makes a ton of mistakes, but he gives himself as many moves as possible through wheeling and dealing to allow for those mistakes.

You don’t have as much sustained success as he has, however, without making the right decisions often enough about which players fit. This offseason, he decided that Gunner Olszewski didn’t fit. The Pittsburgh Steelers decided that he would fit for them as a return man.

But the same reason that likely put an end to his time in New England could, and perhaps should, be threatening his position right now in Pittsburgh. Already he has fumbled two times on the season, including another yesterday, and he also has a muffed punt that resulted in a turnover. He had three fumbles last year for the Patriots along with at least one muffed punt that I’m aware of.

Ball security is the number one priority for the return man, whether that’s actually securing the kick into your chest or on the return. Olszewski has now let one kick off his face mask and fumbled another on the return, and he has a fumble on offense as well. Two of them resulted in lost possession for the Steelers.

We just can’t have that. And the Steelers have Steven Sims, also a successful return man who did well during training camp and the preseason, already on the 53-man roster. Would anybody be shocked if he were to dress next week over Olszewski, who is playing very little on offense anyway?

In addition to Sims, rookie fourth-round draft pick Calvin Austin III is now eligible to be activated from the Reserve/Injured List after spending the first three games of the season there with a foot injury that he suffered the day before the first preseason game.

I would imagine that he is at least close to being healthy enough to return. The question was always whether or not it would be needed, but given Olszewski’s issues holding onto the football, it could increase the chances of him being brought onto the 53-man roster in a more timely fashion.

Head coach Mike Tomlin has already pulled the trigger on benching two veterans this year, sitting Tyson Alualu at nose tackle and now Mitch Trubisky at quarterback. It wouldn’t exactly be a seismic shift if he were to bench a fourth-year return man. Jacoby Jones was far more accomplished when Tomlin cut him midseason, after adding him during the 2015 season, because he wasn’t getting the job done.