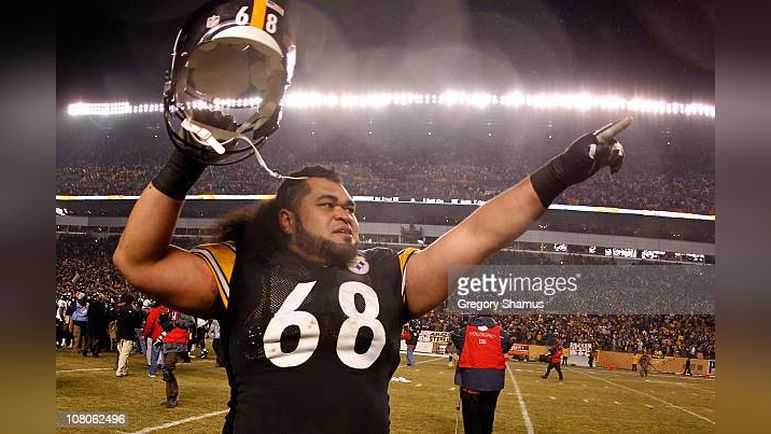 Former Pittsburgh Steelers’ guard Chris Kemoeatu, who played for the team for the entirety of his seven-year career, is a finalist for the Polynesian Football Hall of Fame.

A sixth-round pick in 2005, Kemoeatu eventually worked his way into the starting lineup for the team, winning two Super Bowls and appearing in three along the way. The former Steeler blocked for long-time quarterback Ben Roethlisberger for nearly the entirety of his career, and was the initial heir to Hall of Fame guard Alan Faneca. Kemoeatu was also recently inducted to the Hall of Famer for Utah Athetics, where he “paved the way for a record-setting Ute offense during the undefeated Fiesta Bowl season.”

Kemoeatu is not the only Steeler in the Polynesian Football Hall of Fame, as he joins Hall of Fame safety Troy Polamalu, who was inducted in 2016. The two were teammates, as the entirety of Kemoeatu’s tenure in Pittsburgh overlapped with Polamalu’s. Other Polynesian players to play for the Steelers include fullback Chris Fuamatu-Maʻafala, defensive tackle and 2018 inductee Kimo von Oelhoffen, and more recently receiver JuJu Smith-Schuster, who the organization named the Polynesian Player of the Year in 2018.

Polamalu is arguably among the most prominent Polynesian players in NFL history. In his Hall of Fame speech, Polamalu cited his heritage as something he takes pride in, as well as his ability to inspire young Polynesian players to have successful football careers, including Smith-Schuster.

Having three players on the Polynesian Football Hall of Fame is an impressive feat for the Steelers organization. For Kemoeatu, it is great to see his football career get the recognition it deserves, as it was certainly an underrated one.