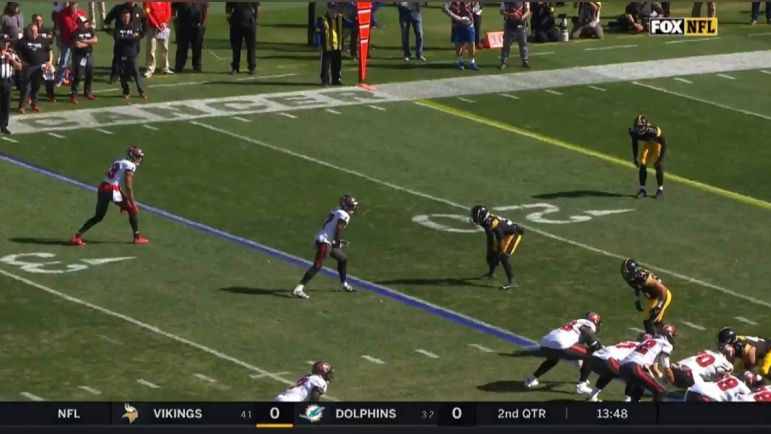 The Pittsburgh Steelers’ cornerback room was banged up last Sunday when they took on the Tampa Bay Buccaneers, which led to some young cornerbacks to see the field. One of them was Quincy Wilson, who saw playing time for the first time since October 11th, 2020, and his first defensive snaps since September of that year.

Wilson, who was a New York Jet for the 2020 NFL season, was grateful for the opportunity to suit up again. Speaking to Teresa Varley of Steelers.com, Wilson said:

“It was good to finally play again. It’s been a while. To be able to come together and fight for one thing and pulling that off was amazing and a feeling I want to continue to have.”

The 26-year-old corner only logged 16 total snaps Sunday, but he still helped contribute to the victory. In fact, the Steelers’ special team unit looked very good Sunday and contributed big plays while not giving up any splash plays.

The play of Wilson both when on defense and on special teams has to give the Pittsburgh coaching staff confidence in him to be able to keep “The Standard” that head coach Mike Tomlin expects of all players, regardless of whether they are a first-stringer or a practice squad guy.

If his play impressed the right people, specifically special teams coordinator Danny Smith, Wilson may be able to keep his spot on the active roster and carve out a role on special teams. This is how cornerback James Pierre made his way onto the Steelers when he first joined in 2020, eventually making his way up the depth chart to becoming one of the first cornerbacks defensive coordinator Teryl Austin calls upon when one of the usual starters goes down.

All Wilson needed was another shot, and he got his on Sunday in an upset victory. He is still young as well, so it is not like he has reached his ceiling as a player, either. With most of the Steelers’ starting secondary looking like it will return Sunday night against the Miami Dolphins, it will be interesting to see if Wilson did enough in the eyes of the Pittsburgh coaching staff to earn a hat. Even if he does not, Wilson’s return to the playing field was just one part of a lot of bright spots in the Steelers’ shocking win last Sunday.