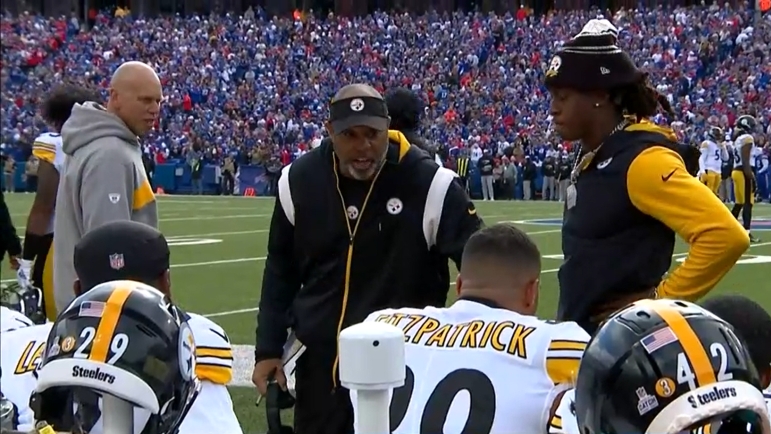 Any way you slice the orange, the Steelers got absolutely flummoxed today 38-3 at the hands of the Buffalo Bills. The team was miserable in all three phases, but what was most perplexing was the performance of the secondary, as on the third play from the game, Bills quarterback Josh Allen launched a 98-yard touchdown strike to Bills’ wide receiver Gabe Davis.

On the day, the Steelers gave up 432 yards through the air, split between Allen’s 424 and backup QB Case Keenum’s eight. The performance of the secondary is heavily tied into the pressure that’s brought by the front, and today it obviously wasn’t there. All-Pro safety Minkah Fitzpatrick shared his thoughts on the topic earlier today via the Steelers YouTube Channel.

“They made big plays and we didn’t, it’s very simple,” Fitzpatrick said. “It’s an unusual game for us but we take responsibility for it. They had way too many big plays downfield and we don’t usually do that as a secondary.”

This game can be taken with a grain of salt, considering they were entering the new phase at quarterback, with Kenny Pickett, the team’s first-round draft choice, making his first career start. And he didn’t look bad either, with the usual drops by several Steelers receivers. But the performance of the defense was atrocious.

We can look back to last year’s season opener, when the Steelers went into Orchard Park and upset the Bills 23-16, behind a stout defensive performance. However, any statement about the current defense starts and ends with reigning Defensive Player Of The Year T.J. Watt, who’s currently out with a pectoral injury.

His return timetable remains to be seen, but the outlook doesn’t get any better for Pittsburgh, as the Tampa Bay Bucs and Tom Brady loom next week, and we all know Brady’s track record against Pittsburgh. Watt is far and away not only the best defensive player on the team but in the league, so his return will give the 1-4 team a significant boost. However, has the ship already began to sink? Let me know your thoughts in the comment below.