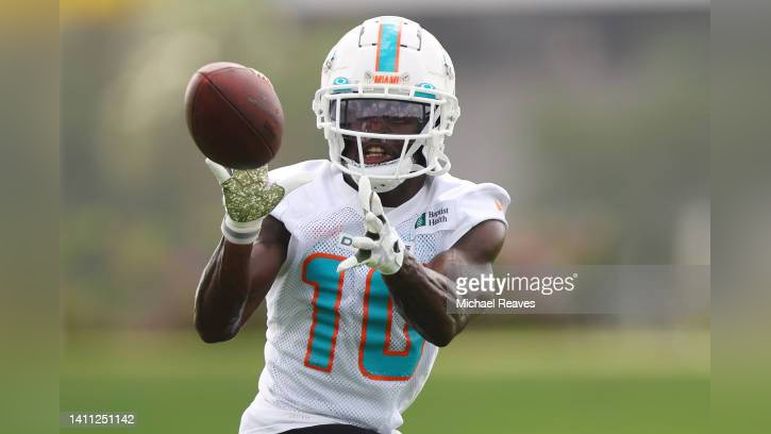 The Pittsburgh Steelers are coming off their biggest win of the season, defeating the Tom Brady led Tampa Bay Buccaneers this past weekend. It was a true team-effort as all phases seemed to be clicking for the first time all year.

Pittsburgh enters Week 7 with a 2-4 record, and surprisingly still in the mix for the AFC North crown. They travel to South Beach to take on the new and improved Miami Dolphins on Sunday Night Football. Earlier Tuesday, Mike Tomlin addressed the media regarding the upcoming matchup and the challenges of facing a speedy team like Miami.

“They stretch the field vertically, they do so very well,” Tomlin said in his presser via the team’s YouTube channel. “Their playaction game is awesome.”

It’s no secret he was referring to the stud tandem of Tyreek Hill and Jaylen Waddle. The two have turned rookie head coach Mike McDaniel’s offense into one of the juggernauts of the AFC. Tomlin also mentioned tight end Mike Gesicki, and newly signed wide out Cedrick Wilson as other “vertical threats”.

“He’s very good at turning his back to the defense and coming up throwing. He’s mobile, he’s a lefty.”

Tagovailoa is expected to return this week and start against the Steeler after missing the last two weeks due to a concussion.

The gauntlet that is the Pittsburgh Steelers schedule has tested this defense week after week. After a humiliating loss in Week 5 against the Buffalo Bills, it seemed as if the team needed a miracle to try and make anything out of this season. A miracle is exactly what they got, after a defense decimated by injury somehow shut down the greatest quarterback of all time.

Dare I say, that for once Tom Brady looked…old?

This secondary will surely not be short of any confidence. After holding Mike Evans to a season low 42 yards on just four catches, it seems as if anything is possible. Even shutting down the explosive Miami Dolphins. Crazily enough the trio of Josh Jackson, James Pierre, and Arthur Maulet looked quite solid in the victory. The play of Terrell Edmunds, who led the team in tackles with ten, can also not be short sighted. However, this week he and Minkah Fitzpatrick will have their hands full again.

This matchup is full of potential storylines. Fitzpatrick and Brian Flores’ return to Miami, and the intriguing young QB matchup if Kenny Pickett is cleared to play. The Steelers will look to push the Dolphins losing streak to four on Sunday night.