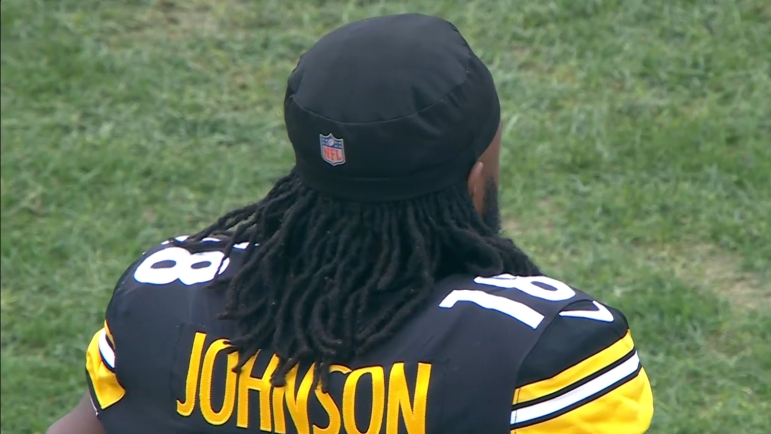 The Pittsburgh Steelers are staring at a 1-3 record, at the bottom of the AFC North, after four games in the 2022 season following consecutive losses to the New England Patriots, the Cleveland Browns, and the New York Jets.

They were 1-3 last year as well after winning their first game against an opponent widely regarded to be better than them. And then they went 8-5-1 in their remaining 14 games after that and made it to the playoffs. So is there anything that they can take away from that parallel. Not, at least, from Diontae Johnson’s perspective.

“No. Last year is last year. Can’t focus on that. It’s a new year”, he told reporters yesterday, via the team’s YouTube. “We’re 1-3, we’ve got a lot more work to do. That’s all we can do is just play. We can do all the talking and say ‘do this and that’, but what is that gonna do? That’s not gonna get us a win. So it’s up to us to go out there and perform at a high level, and we’re gonna do that”.

Although he keeps getting asked to do interviews, his remarks have followed a similar theme the past two weeks, which is basically that he’s tired of being asked to talk about what they need to do to get better and just wants to do the work to get better. ‘Less talk, more action’, in short.

“Like I said, it’s on us to make plays and the coaches to put us in the right spot to get us open”, he told reporters last week before Sunday’s game. “I feel like they’ve been doing that. We’ve just got to play and not talk as much. Just play and it’s all gonna come together”.

It’s quickly becoming a recurring theme, but of course he doesn’t have much say in whether and when he talks to members of the media. It’s a part of his contractual obligations, and as I’ve said many times over the years, I’m never going to fault a player for answering a question he was asked.

Johnson has always been an action-before-words guy. I don’t suspect that he exactly relishes being in front of microphones. He’s the kind of player who just wants to play, or at least that’s what my perception has always been from watching his habits and interactions in the media.