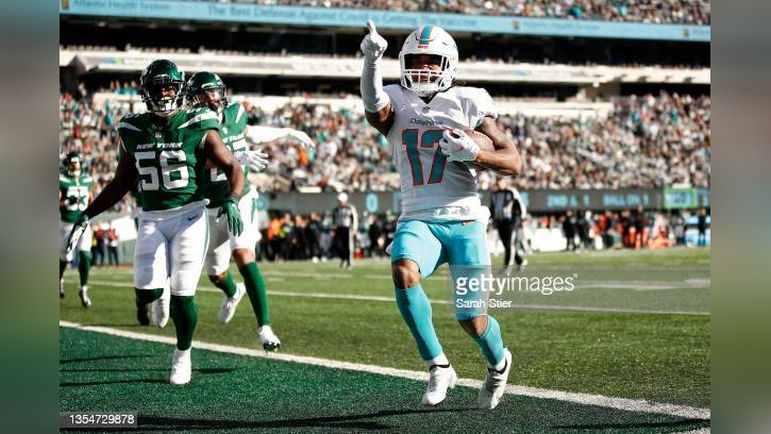 This weekend, Pittsburgh’s secondary is going to need to find a way to go from 0-60. And fast. The Miami Dolphins boast one of the league’s most explosive receiver duos in Tyreek Hill and Jaylen Waddle. After a great defensive showing last week, Pittsburgh’s searching for an encore performance. Speaking to reporters Thursday, DC Teryl Austin joked he’d love to give his guys a couple hundred horsepower of extra help.

“We could put our guys on a car or a motorcycle,” Austin joked via Steelers.com’s Dale Lolley. “I don’t know if you can get ready for that speed. That speed is unique. It’s not just (Hill). You’ve got Waddle across from him. Those guys can really run.”

Hill and Waddle are among the two fastest players in football, let alone receivers. Hill ran a 4.29 40 at his Pro Day and has routinely been the league’s most potent playmaker, averaging at least 14 yards per catch in five of his last six seasons. This year, he’s combining volume with playmaking, near the league lead in targets and receptions while still averaging exactly 14 yards per grab.

Due to injury, Waddle didn’t run coming out of the draft, but defenses don’t need a stopwatch to know how fast he is. Waddle’s averaging nearly 18 yards per catch this season on 30 total receptions.

As a team, the Dolphins lead the league with seven catches of 40+ yards. All seven can be attributed to Waddle and Hill, who have four and three respectively. Coordinators can scheme things up as much as they want, but there aren’t a lot of answers, good ones anyway, for teams who have speed. Miami has a group that’d make Al Davis swoon.

Pittsburgh’s defense can’t allow the big play Sunday night. Their offense lacks the firepower to get into a shootout and win a 35-31 type of game. They win by keeping the score down and trying to minimize big plays, though they rank last in the NFL in explosives pass plays allowed. They’re going to have to solve those issues if they want to mount their first winning streak of the season. Extra wheels to defend Miami’s wheels would be ideal, but when the ball is snapped, all Pittsburgh will have is its own two feet.