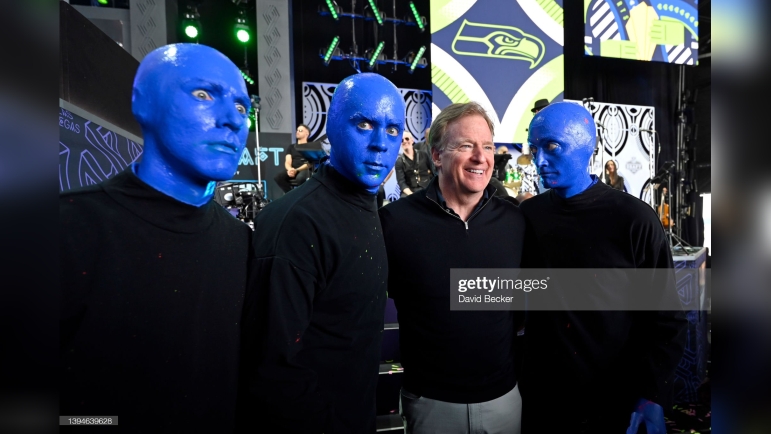 Being the NFL commissioner is a pretty cushy job—as long as you can take the heat. Not everybody is built for it, surely, but at least publicly, Roger Goodell doesn’t seem to have a huge problem with being widely hated by almost everybody who knows anything about him short of those for whom he makes the most money.

And it’s the people he makes money for whose voices ultimately matter when determining how much longer he’s going to be around. Based on yesterday’s events, we should probably settle in for more of Goodell for the foreseeable future. The owners passed a measure to open negotiations for a new contract extension by a 31-1 margin.

According to reports, for example from ESPN, the lone dissenting owner was the Dallas Cowboys’ Jerry Jones, who apparently warned the New England Patriots’ Robert Kraft, “Don’t fuck with me”, a rather amusing moment that I can only imagine is reminiscent of Thanksgiving dinners in the Jones household.

That’s just fluff, though. The point is, Goodell isn’t going anywhere. The reality is that he has helped the league’s owners make lots and lots and lots of money during his 17-year tenure. His current contract runs through the 2023 season, and a new extension is expected to be for an additional two or three years.

According to the ESPN article previously referenced, he is already handsomely compensated, having reportedly earned $128 combined through the 2020 and 2021 seasons. You don’t pay somebody that kind of money unless he’s making you a nice buck or two.

And that, my friends, is what the NFL is all about: maximizing profits. Not that any of you reading along are going to be shocked to see that. We all know it. We all—or most of us—try to enjoy the game in spite of that, because at the end of the day, for us, it’s about the players, or about our favorite team, or about simply the game itself, which for all of the league’s meddling, is still largely the game.

To that end, we do have to give Goodell credit for helping to ensure its longevity. For as much as people complain about this or that aspect of the NFL, almost everybody consistently tunes in. All attempts to doomsay the league’s future are quickly and easily rebuffed. The simple fact is that the NFL is a juggernaut and will continue to be—which is why networks and other platforms are so eager to sign massive, long-term broadcasting contracts.