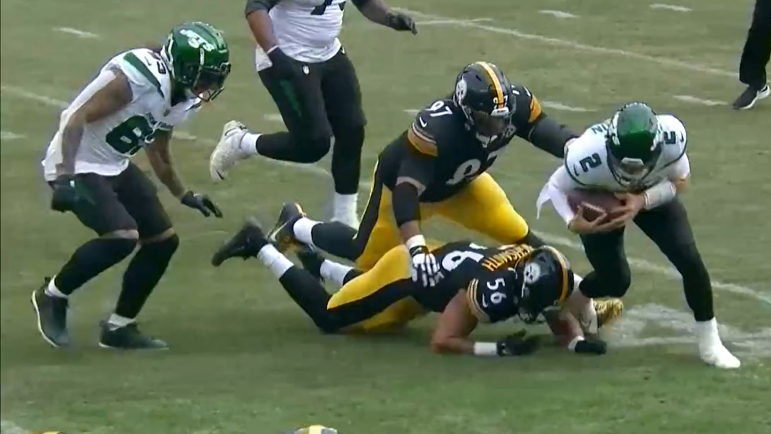 The Pittsburgh Steelers have been doing a lot of self-reflecting this year, or at least so they’d said, coming off the heels of three consecutive losses. Especially on the defensive side of the ball, where their top talent has repeatedly expressed the belief (and not without justification) that they’ve been giving games away.

Defensive captain Cameron Heyward was the latest with the message after yesterday’s haunting loss to the New York Jets, and unlike in times past, this time he knows for sure that he is a part of the problem, because he has allowed offenses to minimize his impact since T.J. Watt has been out. But he’s not taking a defeatist approach.

Holding onto leads would be a good start. This group has blown a couple of them, something that they certainly can’t afford to do. Now, the offense turning the ball over four times didn’t help, but aside from the first, none of them gave the Jets great field position.

The pass rush pressure was better overall yesterday than it had been the previous two weeks, but Jets quarterback Zach Wilson’s mobility proved to be a problem, single-handedly escaping a couple of sacks on his own, the defense finishing with just one from Alex Highsmith.

He could have had at least two more all by himself, and Larry Ogunjobi was close to a couple as well, but close doesn’t count. Neither does coming close to winning or being in the game until the last second. There’s only one priority and everyone in the locker room needs to have it, Heyward said.

They’re not doing that right now, and the schedule doesn’t get easier. Their next four games heading into the bye week are against the Buffalo Bills, the Tampa Bay Buccaneers, the Miami Dolphins, and the Philadelphia Eagles. Three of the four are on the road.

Nobody better be asking ‘who’s the fairest of them all’ as they stare into their mirrors this week, because they’re certainly not going to like the answers. This season hasn’t been much of a fairy tale to start out, either. And it probably won’t have a fairy tale ending. But at least Kenny Pickett is finally starting. Presumably.