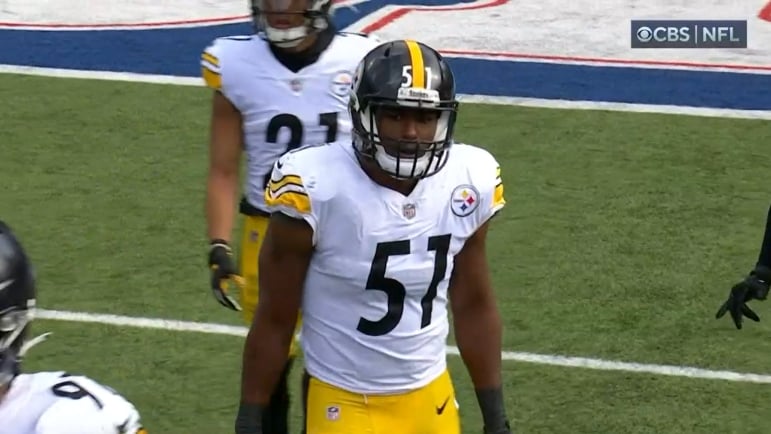 After a heartbreaking Week 7 loss to the Miami Dolphins, the Pittsburgh Steelers will face their undefeated in-state rivals, the Philadelphia Eagles. It’s been a slightly up and mostly down season for Pittsburgh. The negatives have outweighed the positives in the first seven games of the year, as there’s been little to be happy about.

One of the most enjoyable things to watch early on has been the play of linebacker Myles Jack.

Jack was signed to a two-year, $16 million dollar contract this past offseason, and it has appeared to be worth every penny so far. The former UCLA Bruin leads this Steeler defense in total tackles, and is eighth across the entire NFL in the category.

The addition of Myles Jack has been a solid one, as he also appears to be coaching up fellow teammate Devin Bush. However, when asked about the recent improved play of Bush, coach Tomlin was quick to dismiss that narrative.

“I don’t want to take anything away from Devin,” Tomlin said earlier today on The Mike Tomlin Show, via the team’s YouTube channel. “Devin is healthy, working and putting together a good year and, and to attribute some of that to Myles is disrespectful to what he’s doing.”

It’s surely been a bumpy road for Devin Bush, as he’s been the target of much criticism from Pittsburgh fans over the past few years. Ever since his ACL injury two seasons ago, Bush has struggled in almost every facet of the game. Could this be the turning of a new leaf? I think we’ll have to pump the breaks on that thought, but it’s intriguing.

While coach Tomlin didn’t want to necessarily credit Jack for the improvement, he had some other great things to say about him.

“Myles is a quality leader, a veteran player and a guy that’s passionate about football,” Tomlin said. “He was just born to play linebacker. He likes team runs; he loves Wednesday practices. He’s an energy bringer.”

It’s one of the best offseason acquisitions the Steelers have made in the past few seasons. Myles Jack brings leadership, professionalism, and heart on every down. He truly embodies what it means to be a Pittsburgh Steeler.

As the team prepares for a high-powered, well-oiled machine that is the Philadelphia Eagles’ offense, it’ll need more than just Jack to step up.