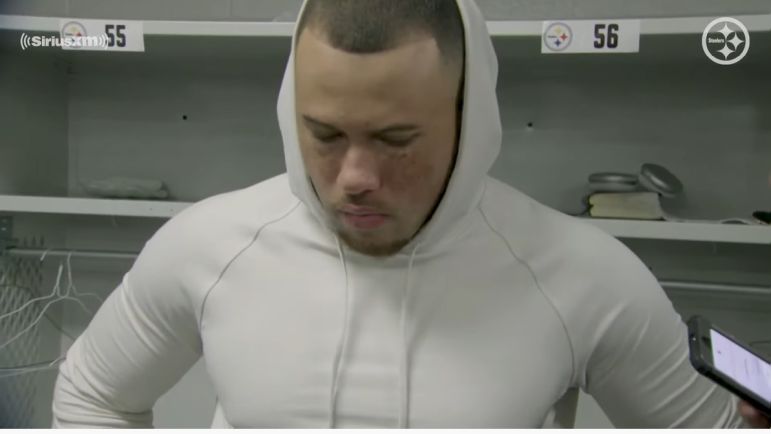 In what can only be described as a lopsided affair, the Pittsburgh Steelers were crushed in one of the ugliest contests in recent memory. The final score of 38-3 tells many stories of what went wrong with Mike Tomlin’s team. His squad was thoroughly outclassed despite controlling the time of possession against the Bills (36:08 to 23:52). However, the Bills made the big plays, one after the other. Nonetheless, Alex Highsmith believes that this squad can and will bounce back. Speaking with the media in the locker room via Steelers.com following the crushing defeat, Highsmith touched on that notion.

“It’s a terrible feeling losing that bad. We gotta bounce back from that one. We need to show the testament and character of our team by the way we bounce back,” said Highsmith.

Largely a non-factor on Sunday, Highsmith tallied zero sacks and registered just one tackle. Sitting at 1-4 now, Highsmith and the Steelers’ defense were thoroughly outmatched, whether it was through the air or on the ground. They surrendered a total of 552 net yards. Coming back from such a demoralizing blowout loss won’t be easy for this team. It’s the first time that the Steelers have gotten off to a start like this since 2019.

Nevertheless, Tomlin’s team needs to turn the page quickly, as there’s still a lot of football to be played. Highsmith recognizes that they’re currently presented with a chance to recuperate and improve.

“This is an opportunity to rise up and get better [because] we know we’re a lot better than how we played today, but it didn’t translate to the field. We’re a talented team; we just got to show it.”

Highsmith is right about the talent on his team. The defense is still filled with playmakers such as himself, though T.J. Watt’s absence is clearly being felt on the field. The Steelers are also dealing with a transition on offense with rookie Kenny Pickett taking the reins and, at best, a questionable offensive game plan from Matt Canada. The next slate of games are going to test this Steelers team once again. Especially with them going on the road against the Miami Dolphins and Philadelphia Eagles after they welcome the Tampa Bay Buccaneers next Sunday.

To Highsmith’s point, the Steelers better “show it” real soon.