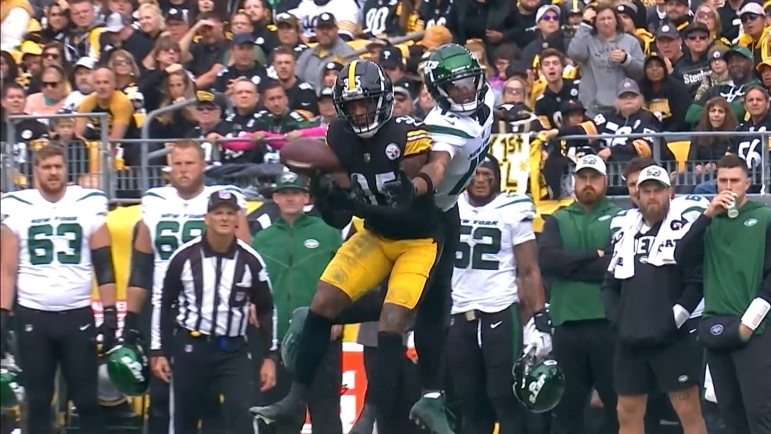 Reasoning: The veteran defensive back was forced into coverage roles last week that are not his strength due to injuries in the secondary, and particularly late in the game, the Jets were able to find him and take advantage of him in a losing effort.

As much as I like Arthur Maulet and appreciate his game, we also have to face the reality that his strengths are limited. I often compare him to former Steeler Mike Hilton, but Hilton is stronger in coverage. The Steelers’ defensive coaching staff recognizes this, which is why they usually pull him in obvious passing situations.

Circumstances prevented them from doing that last week due to injuries, with Ahkello Witherspoon being out and other issues popping up in-game, and as a result, the Steelers found themselves relying upon him in critical situations.

While I’m sure he would say for himself that he is more than capable of holding up in coverage, and his play is by no means uniformly bad in this area, the fact remains that Jets quarterback Zach Wilson worked against him to his advantage in coverage a number of times late in the game.

Just as an example, Pro Football Focus has Maulet being targeted as the primary defender in coverage seven times against the Jets. He is credited with allowing five receptions for 91 yards with 39 yards after the catch.

He did have one pass defensed, but even then, it was a shot at an interception that he dropped, as featured in the header above. While he was on his feet, he did a mostly good job of tackling the catch, but he also missed two tackles.

Maulet is best left in the game as an early-downs slot defender, where he can maximize his skill set. He is a heady player who is much better playing forward than backward, staying around the line of scrimmage. Let’s hope they can keep him there this time.