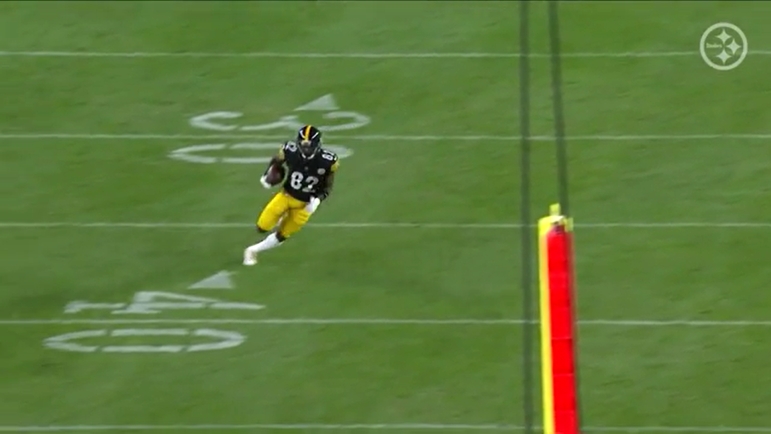 Question: Will Steven Sims capitalize on his opportunity to be the Steelers’ return man or fumble it away?

Although it hasn’t popped up on the depth chart, Steven Sims himself confirmed that he would be returning punts and kicks for the Steelers on Sunday. This comes on the heels of Gunner Olszewski’s struggles with ball security through the first month of the season. He has one muffed punt and a fumble each both on punt return duty and on offense.

Job one of any return man who intends to hold onto that role is securing and maintaining possession of the football, so when you give your coaches reason to doubt your ability to do that, you expose yourself to accountability.

But we also have to be honest about Steven Sims. The last time he played much at all was in 2020, and that year, he fumbled five times. Four of those fumbles came on returns, a mixture of muffs and fumbles during the return.

That was back with Washington, of course. He’ll get a clean slate now, so to speak. But he has those issues on his tape, and there’s no reason to think it can’t show up in Pittsburgh, so it’s something that we have to be on the lookout for.

Surehanded return man are a valuable commodity. Tomlin liked Ray-Ray McCloud’s abilities as a return man, but it’s quite possible that his ball security issues, which threatened to get him benched last season, also contributed to the team’s willingness to replace him this offseason.

A decision will likely be made at some point over the course of the next three weeks. The team will activate rookie wide receiver Calvin Austin III from the Reserve/Injured List by then, and the roster spot he is most likely to take over is that of either Olszewski or Sims. How Sims, or perhaps both, fare in however long they get between now and then could be the deciding factor.