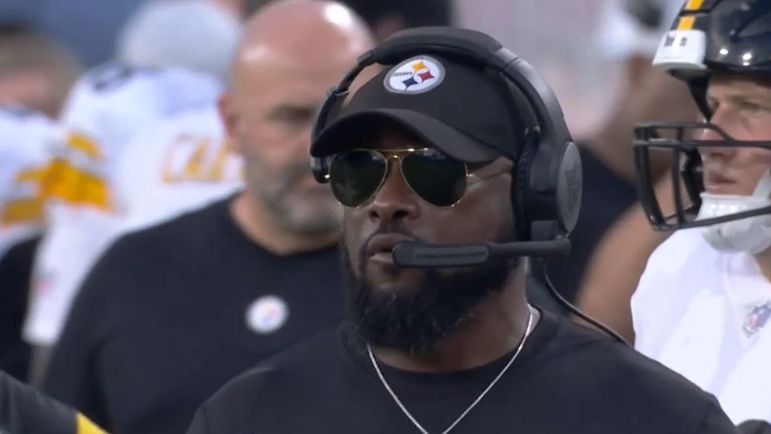 Question: What does a ‘rebuilding year’ mean, and are we in one?

Ever since wide receiver Diontae Johnson invoked the dirty ‘r’ word in his post-game comments on Sunday following the Steelers’ third consecutive loss, the topic of a rebuilding year has resurfaced. A transition at the quarterback position naturally lends itself to talk of rebuilding, but exactly what do we mean when we call a season a “rebuilding year”? Do we even mean only one thing?

I think from an organizational perspective, the Steelers would classify a rebuilding year as one in which they are not reasonably maximizing their chances of winning in that particular season. Whether or not it’s realistic for them to actually see much success, they still field the best team they can manage and attempt to win every game that they can with sincerity.

But is that too narrow a definition of what rebuilding is—and how distinguishable is that notion from ‘tanking’? Of course the Steelers are never going to shoot for a 2-15 record or anything like that. There will be no ‘Suck for Luck’ campaign or whatever the Jaguars fan base called the quest to get Trevor Lawrence.

Is a rebuilding year simply any season in which significant parts of the roster are not up to the level that the team expects it to be, regardless of the actual level of effort on anybody’s part? Some might say that nearly any season during which a team doesn’t have an established franchise quarterback (who’s still performing at a franchise level) is a rebuilding year.

What is your definition of a rebuilding year, and how broad is it? How many of you disagree with the notion that the Steelers are in a rebuilding year? Not that it ultimately matters whether or not they are, of course. But they do have the quarterback that they hope is their new franchise star already in the lineup, so how does that factor into the classification process?