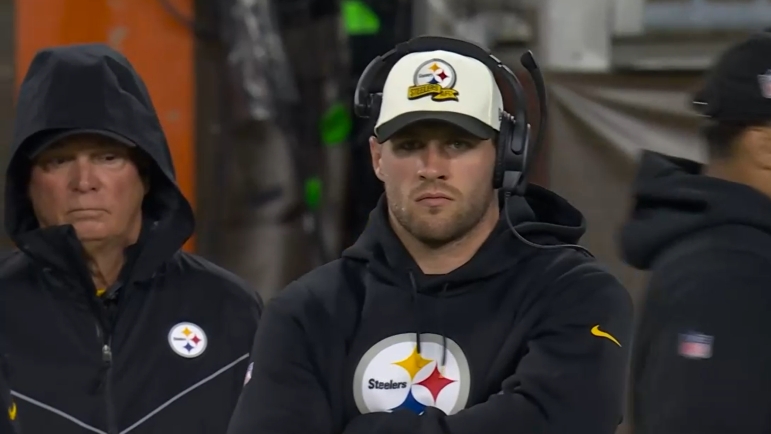 Question: Should T.J. Watt play on Sunday if deemed good to go?

The Pittsburgh Steelers have lost five of their past six games, all coming since outside linebacker T.J. Watt’s pectoral and knee injuries suffered back in Week 1. The defense has been transparently deficient without his dynamic presence, and from a performance perspective, they simply cannot get him back soon enough.

The reigning Defensive Player of the Year officially began practicing earlier this week, officially opening his 21-day activation window. He can be activated to the 53-man roster at any point within that window, including in time for Sunday’s game against the Philadelphia Eagles.

It’s somewhat rare, though certainly far from unheard of, for players to be activated from the Reserve/Injured List in the same week that they begin practicing. For a player who has spent more time on reserve than necessary, in particular, you would expect that his activation would not be immediate.

But Watt’s two separate injuries do make it a more interesting conversation. He is reported to have had a cleanup procedure on his knee weeks after initially going on reserve. It’s entirely possible that his pectoral injury was already healed satisfactorily weeks ago and that his knee is now where it needs to be for him to practice and return to the field.

But even if so, should he? The Steelers have a bye coming up after this game. It’s largely been assumed that they activated his window now so that he can get a week of practice in before the bye and see how everything responds and worry about promoting him in time for Week 10.

One would assume that a quicker return presents a larger possibility for a reaggravation or setback. I imagine many would prefer to minimize the risk of that happening, especially considering that it doesn’t particularly look as though the Steelers are going to be very far this year. But then again, Watt may be their only chance of getting anywhere, and at this point, every game counts.