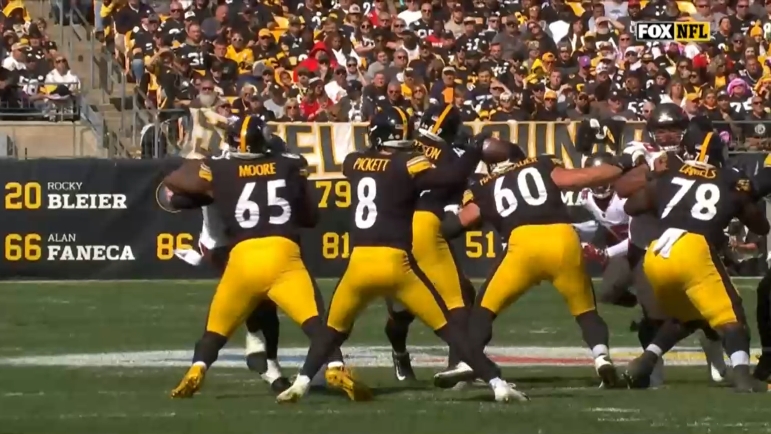 Question: How sharp will quarterback Kenny Pickett look as he returns from a concussion?

Two games into his career as a starter, rookie first-round draft pick Kenny Pickett was knocked out of what proved to be the first win of his career in the middle of the third quarter. He took a hit from Tampa Bay Buccaneers linebacker Devin White that sent him spilling to the ground, hitting his head and suffering a concussion.

In spite of the diagnosis, however, the quarterback according to accounts has looked no worse for wear, and in fact hasn’t even missed a single rep in practice because of it. It is readily apparent that he has been rather asymptomatic and has quickly recovered from his concussion given that he was able to participate fully in practice throughout the week, rapidly accelerating through the concussion protocol.

But that doesn’t necessarily mean that he is going to look incredibly sharp the next time he takes the field. The reality is that we don’t know what he’s going to look like. We wouldn’t have really known even if he hadn’t been knocked out of the game. We just don’t know a lot about him yet because of the small sample size.

But the Steelers are going to find out a lot about him this season as long as he can stay on the field. Head coach Mike Tomlin has seemed to make it rather clear that Pickett is his quarterback, that he didn’t make the switch to pull Mitch Trubisky lightly.

Even if, somewhat ironically, some of the same people who were screaming for him to bench Trubisky are now demanding that he start the veteran quarterback after he played rather well in relief of Pickett last week. After all, he threw for more than twice the yardage Pickett did in the game in about half of the playing time.