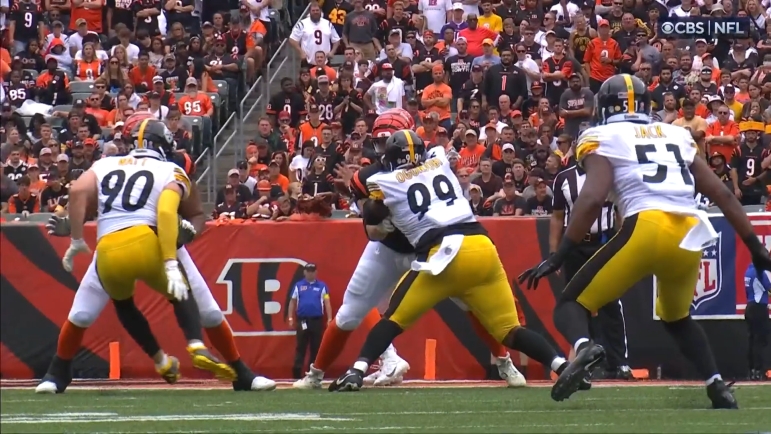 Question: How good will this defense be once it’s back to full strength?

The Steelers just won their second game of the season, and they did so with about half of their starting defense on the sidelines due to injuries. So the question is, what will they look like once they get back to full health—presumably after the bye week?

That includes T.J. Watt, the star pass rusher, who has missed the past five games with a strained pectoral muscle. The timeline that was anticipated tracks with him being ready by then, and giving him until after the bye should clear him past his cleanup procedure on his knee as well. An Instagram story last night has people optimistic that he is nearing a return.

Safety Damontae Kazee, though not a starter, could potentially come in and play a significant role in this defense as well. The team was even running three-safety looks in training camp and the preseason prior to his injury. He told reporters today that he hopes to be cleared to practice by this time next week. That would give him plenty of practice time to be ready to go after the bye.

So that’s a timeline of when they might potentially be healthy. But how will they play when they are? Another way of asking this question, to get right down to the root of it, is how much of an impact is Watt going to have coming back?