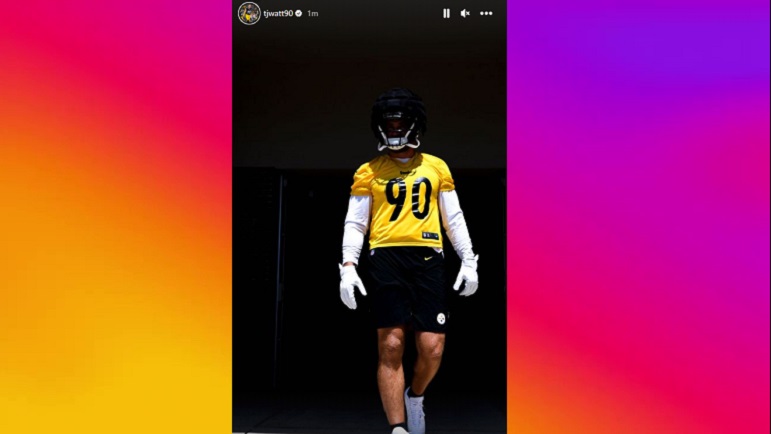 Pittsburgh Steelers outside linebacker T.J. Watt certainly has the blood pumping through the veins of fans on this Wednesday night thanks to one simple picture that he posted on his Instagram page.

The picture, well, you can see it below. No caption, no nothing. Just a picture of him like he’s getting ready to practice.

What does Watt mean by this? That’s a million-dollar question. That said, Watt, who is still on the team’s Reserve/Injured list, has yet to have his 21-day practice window opened so I highly doubt that picture was taken on Wednesday.

Watt, who has been on the team’s Reserve/Injured list since suffering a pectoral injury in Week 1, reportedly underwent arthroscopic knee surgery several weeks ago.

That’s about all I have to offer in this post and now I guess maybe we should begin watching for Watt’s 21-day window to open. Usually such a move happens on Wednesday, but it certainly could happen on Thursday or Friday just the same.

In closing, Watt is definitely attempting to send some sort of message on Wednesday night, we just don’t know for sure what that message is. Maybe he just thinks he looks good in that picture and wanted to post it. Nah, that can’t be it.