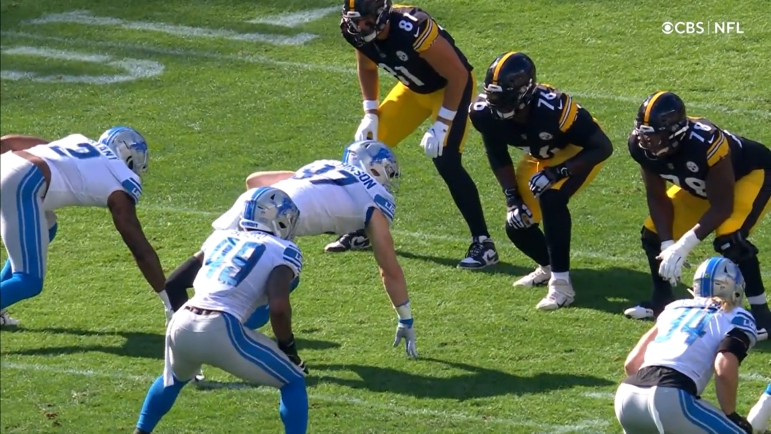 Question: Can Chukwuma Okorafor and the offensive line slow down the Bills’ pass rush?

The Steelers are starting their rookie quarterback for the first time on Sunday, and it’s not exactly a gentle landing. They’re in Buffalo going up against one of the top defenses in the league, including quite a potent pass rush.

The Bills rank fifth in the league currently with 13 sacks in four weeks, with the second-highest sack rate per dropback behind the San Francisco 49ers. They also have plenty of quarterback hits, 27 of them, which ranks in the top 10, as well.

Oh, they are also allowing a quarterback rating of 64.7, the best mark in the league. Welcome to the show, Kenny Pickett. The Steelers have faced some decent defenses, but not on this level, so it’s going to be quite a challenge.

The challenge also includes Von Miller, which this defense has seen a time or two over the years. In actuality, they have fared reasonably well going up against him in finding ways to minimize his impact, as they have with other elite pass rushers.

Miller praised right tackle Chukwuma Okorafor this week, calling him one of the best right tackles in the NFL, and of the line as a whole, he claimed that the Steelers’ front is the best line that his Bills have faced thus far this season—better, then, than the Rams, the Titans, the Dolphins, and the Ravens.

Pittsburgh’s line has been a pleasant surprise so far this season, particularly in pass protection, but the goal at the end of the day is still to win games, and they haven’t been getting the job done on that front. If they can give Pickett the time and protection he needs, can the change at quarterback finally be the catalyst for greater success?