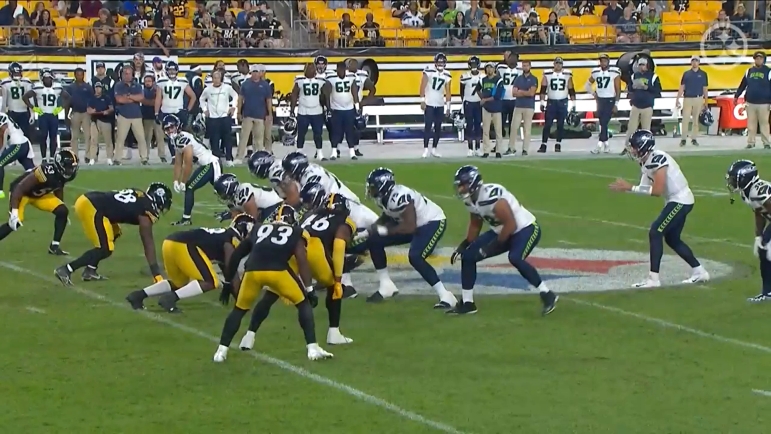 The Pittsburgh Steelers have already made several adjustments to their 53-man roster since the ‘final’ cuts were made, especially if you include the two trades that they made on the day of the cuts, and it is reasonable to assume that they may still further tinker with the 53 they take into Cincinnati in week one to face the Bengals.

In spite of that risk, I thought now would be a good time to take a stab at predicting what the season opener’s inactive list might look like, as it can prompt some discussion about what actually goes into the decisions. Remember, teams may dress 47 players, plus an additional 48th player provided that that player is at least an eighth offensive lineman.

Putting together an inactive list is built around fielding the best possible 48-man active list to help you win that game. Health is a defining factor, naturally, but it’s also about providing contributors to every aspect of the game, including your best special teams players and making sure positions are insulated with depth. That means positions that are deep will be ripe for the picking for the inactive list, as well as positions that don’t easily lend itself to contributors on special teams.

That’s going to result in some decisions that might annoy fans, like inexperienced but exciting young players who don’t have a defined role sitting on the inactive list rather than having the opportunity to contribute, because the roster needs dictate otherwise.

QB Mason Rudolph: The Steelers always dress only two quarterbacks unless the starter is dealing with an injury that could prevent him from finishing the game. It is possible that Mike Tomlin will decide to keep Kenny Pickett on the bench to start his career and fall back on Rudolph’s experience and familiarity with the system, but I think it’s very likely that doesn’t happen at this point. With that being said, it shouldn’t be dismissed out of hand.

IOL Kendrick Green: Again, another discussion should be had here. The Steelers just recently acquired Jesse Davis, and they could consider starting him out inactive as he gets up to speed. But I think it’s more likely that he dresses as the eighth lineman with his tackle-guard capability. With Trent Scott also tackle-guard capable, Green is the least flexible reserve lineman, having played guard all offseason as he tried to win a starting job. The backup center has to be good at playing center, and J.C. Hassenauer is a natural center.

DL Isaiahh Loudermilk: The fact that he did not finish the preseason fully healthy is a factor in my supposition that he will be inactive rather than rookie third-round pick DeMarvin Leal, but if he is healthy, he may dress. It’s also strongly possible that two defensive linemen are inactive, since they carried seven. Montravius Adams was injured for a lot of camp, but has returned to practice.

ILB Mark Robinson: None of you are going to be happy about this, but it’s not easy to figure out who doesn’t get a helmet, and no matter how much he flashed in the preseason without game-planning, he is still a raw linebacker who is not yet established as a core special teams contributor like Robert Spillane and Marcus Allen.

I’m not going to venture a definitive guess for the final inactive spot because I want to have a bit of a discussion here—and because we’re still too far away to make a more educated guess. Off the top of my head, I would probably say that it’s going to be Leal. He flashes as a pass rusher, but he’s still raw, and he’s not playing on special teams.

Steven Sims is another distinct possibility, but the fact that both Gunner Olszewski and Miles Boykin project to be core special teamers makes it easier to justify dressing all six wide receivers, something that was a regularity when Darrius Heyward-Bey was around.

Another option is Connor Heyward. While he is destined for a role on special teams, he remains largely redundant with Derek Watt, who is the proven commodity in that role. The Steelers spent a few years dressing only two tight ends, though they also prominently used a tackle-eligible player in that time, which they likely won’t this year.

Of course, health is always a key component here. How healthy is Derek Watt? How healthy is Miles Killebrew? Allen? Loudermilk? Adams? We don’t know more until Wednesday when Tomlin has to issue his first official injury report, but at least one inactive could simply be determined by health.