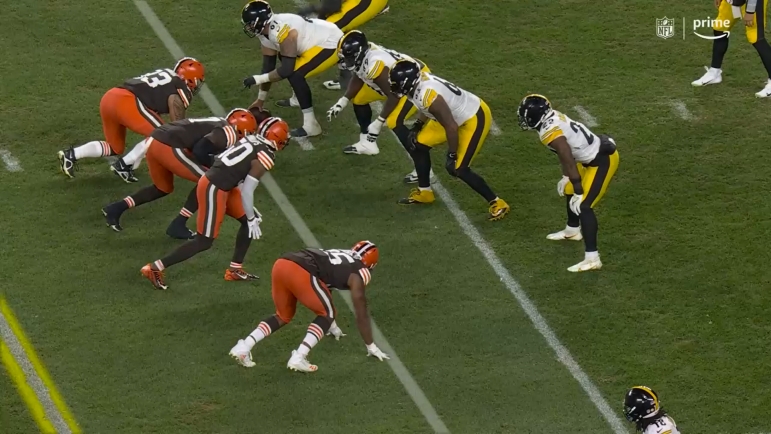 You don’t often come across a team that genuinely thinks it’s not good. At best, what you’ll tend to hear is that they’re just not executing the way that they’re supposed to, more often than not. That’s not exactly what Pittsburgh Steelers fans want to hear right now, particularly from their offense, or so it seems—many seem to want a mutiny at this point.

Well, contrary to what some were putting out there yesterday, it doesn’t sound like there’s going to be an HMS Bounty situation any time in the near future, because, by and large, the players in the locker room who have spoken recently, including yesterday, believe what they have can work. Including the offensive line, like center Mason Cole.

“I think we’re really close. I don’t think it’s as bad as a lot of people think it is”, he told reporters on Monday from the locker room via the team’s YouTube channel. “It’s still not good enough, but it really comes down to just 11 guys doing their job. I mean, that’s football, right? If one guy’s not doing their job, it’s not going to look the way it’s supposed to be. Just getting 11 guys to [execute] on the field on the same play is gonna be important for us”.

Even though it doesn’t tell the full story, that’s still what I want to hear from players. I want to hear about execution. They don’t need to go out there and questioning this and that, at least for certain things. There are some exceptions, as always. But their job is ultimately to execute the play.

And it’s not as though the plays that are being run have no ‘successful’ options if they were actually run flawlessly, as designed. There are some sub-optimal plays, some variations that may be necessary, and largely schematic issues such as offensive ‘tells’ that signal to a defense what you’re running (which is a big problem), but no player should be saying ‘this offense can’t work’.

I still think it can work, or at least be substantially better, but that’s not to say there aren’t significant adjustments that I would want to see—even if I don’t expect to see them. Matt Canada does need to become a better play-caller, and I’ve said this recently, but I believe he needs to put more trust in his players—which will help his play-calling.

But so much of the NFL is just tiny differences. Little breaks here and there. Make this block, don’t make this block, and it can change the game. Everybody is so talented at this level that you’re not just going to have a team running the same play over and over and winning consistently.

I don’t know if this offense is as ‘close’ as Cole thinks it is, at least from a timeline perspective. I doubt they’re going to clean things up that need to be cleaned up in a timely manner that we’re going to be seeing on the scoreboard. But structurally, talent-wise, I do agree—with the exception of the quarterback position as a glaring question mark—that they are pretty close to having something. How long they take to get to that something, if they ever do, is another matter.