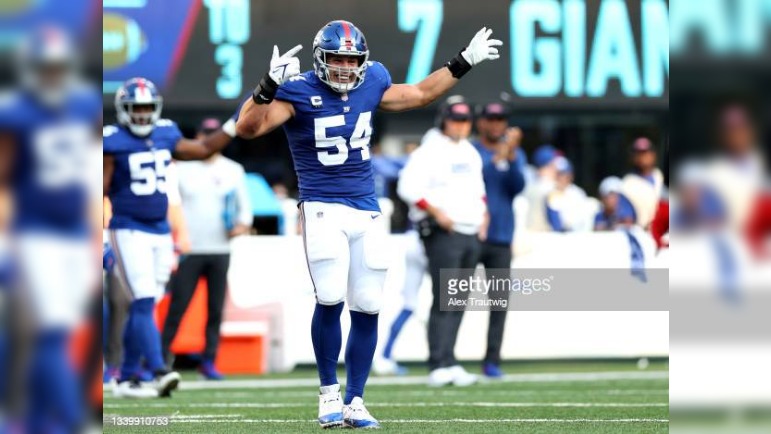 As Bill Belichick once said, “We’re on to Cincinnati.”

That is exactly the case for the Pittsburgh Steelers, who wrapped up a perfect 3-0 in preseason play last week as they look forward to facing their division-rival Bengals this coming Sunday. As far as the roster goes, The quarterbacks all did well in preseason action by effectively moving the offense down the field and putting points on the board without throwing a single INT. The skill positions flashed their play-making skills, and guys like RB Jaylen Warren and LB Mark Robinson won spots on the roster and figure to get some run behind the starters as the season wears on.

However, Pittsburgh still can improve several key position groups on the roster before they can feel comfortable with what they have in the starting lineup as well as with immediate depth should a starter go down to injury. Bleacher Report’s Kristopher Knox recently published a piece highlighting three free agent contracts the Steelers should pursue after preseason play. To kick things off, Knox brought CB T.J. Carrie up for discussion as a potential target.

“Carrie has never been a high-end starter—and, in fact, has only been a full-time starter in two of his eight campaigns,” Knox said on Carrie. “However, he’s been a serviceable rotational piece and could boost Pittsburgh’s depth considerably.”

Knox proposed a one-year deal worth $2 million to try and sign Carrie to the active roster. While Pittsburgh may not have a prototypical #1 CB on the roster, they have several serviceable options with Ahkello Witherspoon, Levi Wallace, and Cam Sutton. Throw in Arthur Maulet and James Pierre, and it’s hard to find a spot where Carrie would make an impact on the roster. While he posted a 70.8 overall grade from Pro Football Focus in 2020 when he snagged two INTs, his grade dropped to 53.5 last season after failing to record a pick and allowed a 66.7% catch rate.

Knox’s next suggestion is a more sensible name at a greater position of need, listing LB Blake Martinez as a target Pittsburgh should pursue.

“Adding a top-tier run-stopper like Blake Martinez (151 tackles in 2020) might not seem possible, given Pittsburgh’s cap situation,” Knox said on Martinez. “However, Martinez is coming back from a torn ACL and was a surprise release by the New York Giants. This is a low-risk, high-reward option for the Steelers, who should be on the phone with Martinez’s representatives immediately. Poor run defense was one of the biggest reasons why the Steelers were blown out by the rival Bengals in each contest last season—with 294 combined rushing yards surrendered. If healthy, Martinez could dramatically improve Pittsburgh’s second-level defense.”

Knox suggested that the Steelers offer Martinez a one-year deal worth $3 million to try and bring in Martinez. As stated above, Martinez has been a quality run defender since entering the league, racking up stats with the Packers before signing with the Giants. He is always near the top of the league in tackles and posted a solid 75.9 overall grade from PFF in 2020 before suffering a torn ACL in the third week of the 2021 season. Still only 28, Martinez would fit under the usual age limit for free agent defenders and would be a viable compliment to Myles Jack should Devin Bush and Robert Spillane not cut it.

The reason for skepticism of a potential deal getting done with Martinez is the injury he suffered as well as the fact that Pittsburgh would likely want to see what they have in-house first with Bush and Spillane as well as the development of Mark Robinson before looking to the outside for help.

The final name Knox mentions in the article is at the position group Pittsburgh likely needs the most help at: offensive line. He brings up former division rival OL Trey Hopkins as an experienced player that could provide value to Pittsburgh’s OL unit.

“The biggest concern for Pittsburgh heading into Week 1 is the offensive line,” Knox said on Hopkins. “Last year’s unit allowed 38 sacks and was a liability in the 29th-ranked run game. This year’s unit isn’t shaping up to be any better. Former Bengals interior lineman Trey Hopkins could be the perfect addition for Pittsburgh. The 30-year-old isn’t likely to command an outlandish salary at this point in the year, and he has experience playing both guard and center.”

Knox threw out a one-year deal worth $3 million as a logical suggestion to land Hopkins in Pittsburgh. Hopkins has been with the Bengals since 2016, seeing action in 76 games with 28 starts. He has been a starter at center for the Bengals the last three seasons, having logged 928 snaps in 2021, and was called for four penalties while surrendering four sacks last season. Pro Football Focus gave Hopkins a poor 51.4 overall grade in 2021, which for reference was worse than Kendrick Green’s 52.4 overall grade last season.

What a Vikings debut for Michael Pierce. Trey Hopkins is gonna see him in his sleep tonight pic.twitter.com/vu3fYeZ2U0

Figuratively, Hopkins would provide depth at both center and guard for Pittsburgh, but even though he would provide versatilely and experience, the overall caliber of play likely wouldn’t move the needle much for Pittsburgh at this juncture. Of the three named listed, Martinez would likely provide the best value relative to the position, all depending on health. While OL, CB, and ILB are all positions that could be improved on the roster, Pittsburgh may decide to just sit pat rather than adding veterans that don’t provide a significant upgrade to their respective positions.