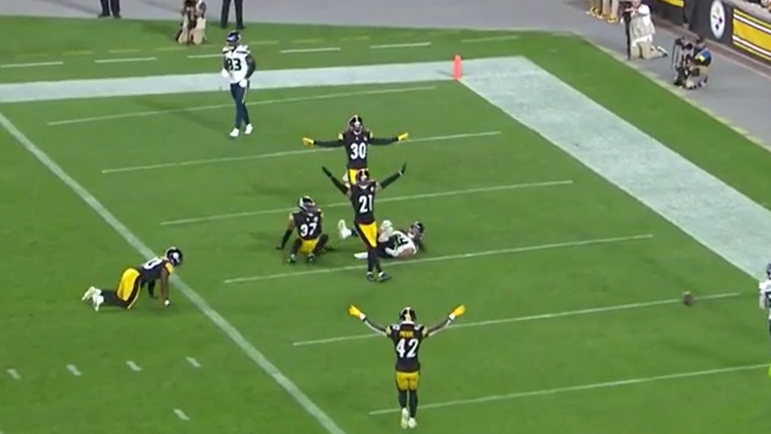 The Pittsburgh Steelers defense was as good as it gets on Sunday against the Cincinnati Bengals, forcing five turnovers and keeping the Steelers in a game where the offense struggled to move the ball. If Ben Roethlisberger is to be believed, that sort of defensive performance is what you should expect to see all season.

“It wasn’t like the ball was just bouncing perfect and guys made plays. I mean, guys were creating those. When I watched it, it didn’t seem like a team that was getting luckier, being opportunistic. I saw a defense that was creating turnovers, creating panic,” Roethlisberger said on episode three of his Footbahlin’ Podcast. “That was, I think, the defense you’re gonna see.”

Obviously, the defense isn’t going to force five turnovers every week. That’s just not realistic. However, a defense that is able to create their own splash plays, force their way to the quarterback and just make things happen is definitely a realistic expectation for this defense.

Losing T.J. Watt for at least six weeks is certainly going to hurt, but there are other capable playmakers who can step up and try and replace at least some of that production. Cam Heyward and Alex Highsmith, along with Minkah Fitzpatrick, all played phenomenally on Sunday and I have a feeling all three will step their game up in the absence of Watt. No one person can replace T.J. Watt, heck, no people probably can either. But if the collective unit is able to step up, the Steelers’ defense might not be affected too much, especially in the next few weeks.

Before the team faces Josh Allen and Tom Brady in Weeks 5 and 6, they go through Mac Jones, Jacoby Brissett, and either Joe Flacco or Zack Wilson. Even without Watt, those are quarterbacks Pittsburgh can put under pressure, and maybe even make them “see ghosts,” in the words of Sam Darnold.

Pittsburgh’s defense is going to keep them in games this year. It’s going to be up to the offense to ensure they win them. For as well as the defense played Saturday, the game was too close for comfort. While none of the next three opponents are as good on paper as the Bengals are, the offense has to be able to supplement the defense a little bit better. If that happens, Pittsburgh could be in contention down the stretch when they get Watt fully healthy.