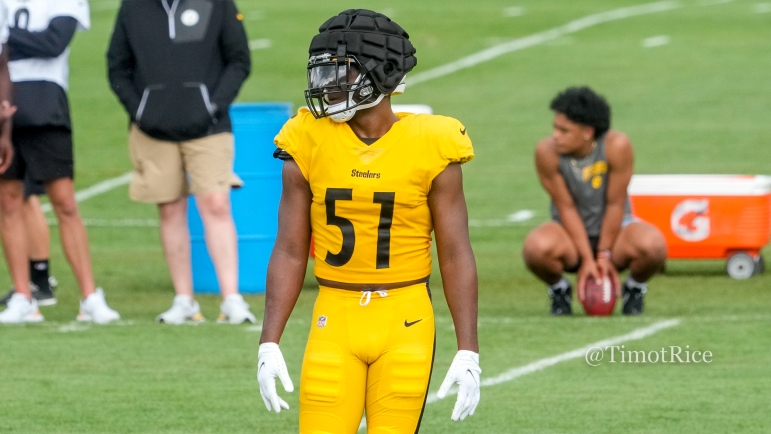 As we’ve done in the past, the keys to the Pittsburgh Steelers winning (or losing) today’s game. Three things that need to happen for them to end up on the right side of the score and vice versa in today’s opener against the Cincinnati Bengals.

And that’s with touchdowns, not field goals, to be clear. It sure will be tough to beat the Bengals coming away disappointed after entering the red zone. Cincinnati’s offense is going to put up points and Pittsburgh will need to match that. The Steelers don’t have to be flawless but going 1/4 isn’t a winning formula. Going say, 3/4 is a key to Pittsburgh pulling off the upset. They’ll have to be better than they were in the preseason finale, where they went just 1/4 and settled for too many field goals. This isn’t a game they can win 12-10.

Not that Jack and Wilson are competing 1:1, but each team is stronger at ILB than they’ve been. Wilson had a great year last season and schooled Pittsburgh in the two meetings, a combined 20 tackles (1 TFL) and two interceptions. He’s now the Bengals’ anchor in the middle after struggling at off-ball linebacker for years. Pittsburgh’s hoping to get similar from Jack this year after struggling to find a suitable Ryan Shazier replacement. Who can make more plays against the run and the short pass game? Hopefully Jack comes out on top.

3. Pittsburgh Isn’t Blown Out In The TOX Stat

Football’s back so we gotta hit you with a TOX stat, measuring the teams differential between explosive plays and turnovers. Win the TOX battle and most of the time, you win the game. Cincinnati certainly dominated that facet last year, and Pittsburgh needs to turn the tide. Even tying this or maybe even being just -1 can put the Steelers in a competitive game and from there, who knows what’ll happen. This could be a defining stat of the game.

An obvious choice but a critical one. Cincinnati’s pass rush is far more potent than it used to be thanks to Trey Hendrickson and his 14 sacks last year, his first year with the Bengals. No doubt Dan Moore Jr. will be tested in this one, and he’ll have to play much better than he did this summer. But Hendrickson isn’t the only one to worry about. Sam Hubbard has always been a thorn in the Steelers’ side and quietly put up a career-high 7.5 sacks last season. Two of those came against Pittsburgh.

While they’re not a blitz-happy team, the Bengals will bluff and show creative/sim pressures on third down to create chaos. It may make the Steelers’ aggressive pass sets a little less so and generally make the o-line even more uncomfortable. Big concern here.

As I wrote about as my X-Factor yesterday. Pittsburgh’s shown plenty of confidence in being a better run defense unit this year than last, and I believe them. They’re healthier, more experienced, and flat out more talented. But they’re going to have to prove it starting today and they have a tough task against a good back in Joe Mixon, a better offensive line with quality athletes like RT La’el Collins, and a sound overall zone-based scheme. The Steelers are better against the run but they have their hands full.

There’s some quality specialists in this game. And the Bengals come with great talent and continuity. Even McPherson was a Godsend last year and brings one of the game’s best legs with an unflappable nature. Kevin Huber is the Bengals’ longtime punter, their guy since 2009. And coordinator Darrin Simmons has been coaching the Bengals for nearly two decades. They won via special teams quite a bit last year. Pittsburgh has their own forces here, Chris Boswell is a top kicker and Danny Smith’s been with the Steelers for a decade, but punter Pressley Harvin III will have to win the battle of field position over Huber and force the Bengals’ offense to sustain some long, difficult drives. If the Bengals win here, it’ll be tough for Pittsburgh to overcome.