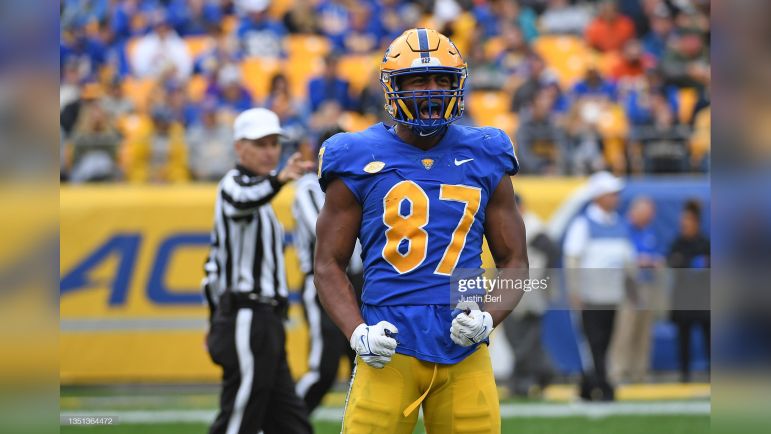 College football brings back many things. Great upsets. Powerhouse matchups. And hangovers as far as they eye can see. They also bring back NFL scouts, getting an early look on notable names for the 2023 NFL Draft. The Pittsburgh Steelers have scouts all over the country this weekend though oddly, won’t have any in Ohio Stadium for tonight’s marquee showdown between Ohio State and Notre Dame. The Steelers are just one of five teams not to send any scouts, per Dan Hope.

The only NFL teams that won’t have at least one scout at tonight’s Ohio State vs. Notre Dame game: Jets, Steelers, Texans, Chiefs, Falcons.

The Browns, Giants and Packers will all have three representatives at tonight’s game: https://t.co/QgdoG3mK7U

It’s the top college game of the week and will be filled with future top draft picks. Buckeye quarterback C.J. Stroud is the biggest, though obviously that’s one position not on Pittsburgh’s radar. But Stroud has good odds to be the first arm selected next year. Other notable prospects include WR Jaxon Smith-Njigba, jockeying to be the first wide receiver selected next year. Top prospects for the Fighting Irish include EDFE Isaiah Foskey, CB Cam Hart, and TE Michael Mayer.

Notable places Steelers’ scouts are attending this weekend included this past Thursday’s Pitt/WVU game along with Duke/Temple, and North Carolina/App State.

Some #Steelers scouts at several games this week:

Duke vs Temple via @AdamRoweTDD

Pitt DE Habakkuk Baldonado is a marquee name to watch off the edge following a nine-sack season in 2021. He picked up a half-sack in the win over WVU. Akron transfer WR Konata Mumpfield is a supreme route runner who caught five passes for 71 yards in the opener while OT Carter Warren is a name likely to be on the Steelers’ radar all fall. He’s been the Panthers’ starting left tackle since 2019.

For Duke, guards Maurice McIntrye and Jacob Monk could be two of the team’s better prospects. While not related, the Steelers could add a third Heyward to the roster if they wanted in LB Shaka Heyward who racked up nearly 100 tackles a year ago.

Scouts got to watch a heck of a game between UNC and App State that saw the Mountaineers mount 40 points in the fourth quarter only to lose on the game-tying two-point conversion, a 63-61 shootout. From a prospect standpoint, keep an eye on UNC OT Asim Richards, starting for his third consecutive season. Defensively, DT Myles Murphy looks to build on his four-sack season from a year ago.

While we don’t know exactly who is in attendance, these are likely generally area scouts covering their territory.