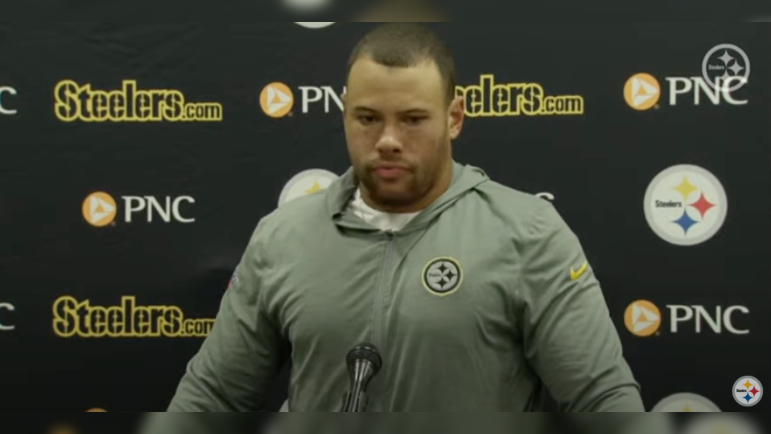 While third-year outside linebacker Alex Highsmith has looked good overall without his running mate opposite him, the rest of the Steelers front seven hasn’t been able to generate enough consistent pressure on the quarterback since Watt exited with an injury late in the fourth quarter of the Week 1 win on the road over the Cincinnati Bengals.

That’s simply not going to cut it. Highsmith knows it, stating to reporters after the game that the Steelers have to ramp up the pressure.

“We just gotta ramp it up. I know he was getting, he was getting it out quickly sometimes tonight, but at the end of the day it’s like, you know, we know the type of defense that we are and we know that we gotta continue to create more pressure,” Highsmith said to reporters Thursday night, according to video via the Steelers’ official YouTube page. “We knew that they were a run group coming in, so when they, did get into the passing situations, we had to affect them. So, that’s something else we just gotta continue to get better at.”

Without Watt, the Steelers better improve at generating pressure — and fast. With a mini bye week ahead after the Thursday night game, the Steelers will then deal with the likes of Zach Wilson and the New York Jets, Buffalo’s Josh Allen, and then guys like Tom Brady, Tua Tagovialoa and Jalen Hurts while waiting and hoping for Watt to return from Injured Reserve fully healthy.

Generating very little pressure against a guy like Brissett, who carved up the Steelers’ soft zone coverages Thursday night, is very disheartening to see. With the amount of talent in the front seven, including Highsmith, Cam Heyward, Larry Ogunjobi and even Malik Reed, not creating any sort of pressure on a consistent basis just isn’t good enough and went a long way towards the Steelers losing the Thursday night AFC North battle on the road.