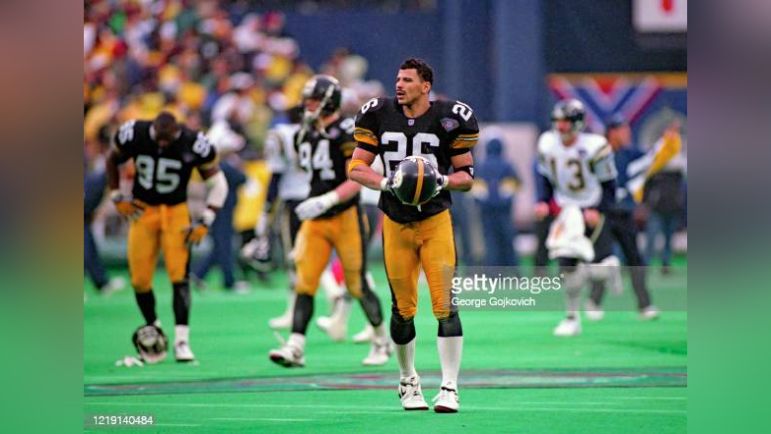 Today’s a good day to be Franco Harris. In addition to the Pittsburgh Steelers announcing they’re officially retiring his jersey, the NFL announced Harris will be one of two Steelers featured in the league’s excellent “A Football Life” docu-series later this year. Harris will be joined by DB Rod Woodson, with each getting their own episode dedicated to their football career and life.

Woodson’s episode will premiere first on September 23rd. Harris will come on December 23rd, one day before the Steelers play the Raiders in honor of the 50th anniversary of the Immaculate Reception. The 24th is also the day Pittsburgh will hold its official ceremony retiring Harris’ #32.

Harris made one of the most iconic plays in NFL history, 1972’s Immaculate Reception, plucking the ball out of the air just before it hit the ground and racing into the end zone to beat the Raiders in the playoffs. It began the start of a Steelers’ dynasty, capturing their first of four Super Bowls in 1974. Harris was named MVP for that first Lombardi, rushing for 158 yards and a touchdown to beat the Minnesota Vikings 16-6. He went on to have a Hall of Fame career, a nine-time Pro Bowler who earned his place into Canton in 1990.

Woodson was the team’s first-round pick, tenth overall, in 1987. One of the greatest athletes in Steelers’ history, Woodson was an electric cornerback and return man. In ten years with the Steelers, he picked off 38 passes, returning five of them for touchdowns. His five pick-sixes are tied with William Gay for the most in franchise history. Woodson also recorded four special teams touchdowns, two kick and punt returns for scores. Woodson is well-remembered for tearing his ACL in the 1995 opener but returning to play in the team’s Super Bowl against the Dallas Cowboys.

He made 11 total Pro Bowls throughout his career. Seven of those came in Pittsburgh with three more in Baltimore and a final one in Oakland. He was inducted into the Pro Football Hall of Fame in 2009.

In addition to Harris and Woodson, QB Joe Theismann, RB Edgerrin James, WR Julian Edelman, and the 1972 Miami Dolphins will each get their own “A Football Life” episodes throughout the year. Theismann’s will air first on September 16th.