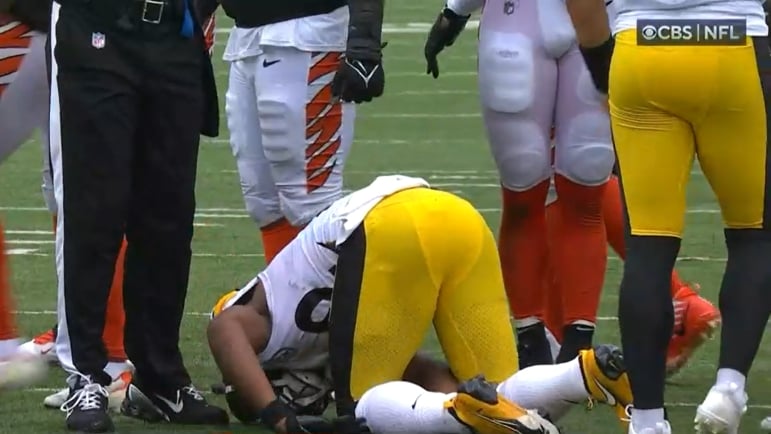 UPDATE: Per a report from CBS Sports’ Evan Washburn, Harris is in the locker room with a left foot injury.

Najee Harris exited the Steelers’ drive with under two minutes to go in the fourth quarter with a lower-body injury. Harris limped off the field after a two-yard loss on first down, and while he walked off the field under his own power, he appeared to be walking gingerly.

Harris was replaced by undrafted free agent Jaylen Warren. Given that Harris suffered a lisfranc injury in training camp, there’s a little extra concern over the severity of the injury. The hope is that it’s nothing serious and Harris won’t miss time. When there’s an update to his status, we’ll let you know.

UPDATE (5:49 PM): Harris reportedly was in a walking boot after the game.