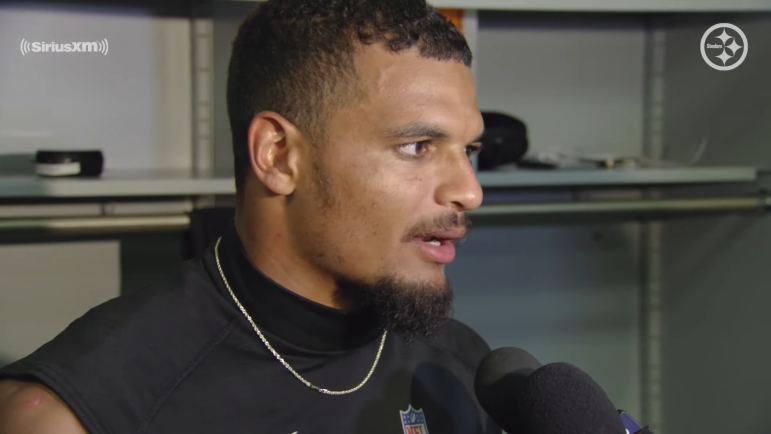 The Pittsburgh Steelers’ defense forced five turnovers, including four interceptions, one of which was returned for a touchdown. They forced two fumbles, and recorded seven sacks, holding the defending conference champions to just six points in the first half at home in their season opener.

While the game ended up far closer than that—and indeed, they very nearly lost on multiple occasions, arguably saved by an injury to the Cincinnati Bengals’ long snapper—it never would have even been close if not for the titanic display the defense often put together throughout a 94-snap afternoon for the unit.

“I’m proud of the way that we played”, said Minkah Fitzpatrick, author of the aforementioned pick six, via the team’s social media. “Everyone came together. Everyone did their job. Everybody fought. Even when they tied it up, we still fought and played hard. This is definitely Steelers football. This is what we should expect in the future”.

Head coach Mike Tomlin has not been shy this offseason about putting the burden on the defense to step up and lead this team while the offensive side of the ball transitions into a new era following the retirement of quarterback Ben Roethlisberger.

One game into the season, it’s abundantly clear that this offensive unit is going to take some time to find its footing, not just along the offensive line but in the overall chemistry of the unit, including the connections between quarterback Mitch Trubisky and his receivers.

Tomlin knows that he is going to need his defense to deliver performances like these on occasion in order to pull out some victories, the first of which they were able to grab on the road as significant underdogs in a hostile environment.

Of course five takeaways and seven sacks is not a sustainable model, and surely even Fitzpatrick recognizes that just by the laws of probability. But you would want to prepare for every game expecting to have that kind of production, and that is what this defense does.

“I think it’s just been a focus of ours all camp, just getting our hands on the football”, cornerback Ahkello Witherspoon told reporters after the game, via transcript. “That’s one of the biggest predictors of a victory at this level, and I think we’ve just had that mentality for so long, and it was nice to put it on tape”.

The Steelers have pushed hard in recent years to turn this defense into a playmaking machine, with largely positive results. It’s been a while, for example, since they hadn’t led the league in sacks, and they generally fare well in the turnover department to boot.

Having such star firepower like Fitzpatrick, T.J. Watt, and Cameron Heyward certainly doesn’t hurt, naturally, and that trio on its own does account for a lot of the playmaking. But they also enable others around them to be in position to do the same.