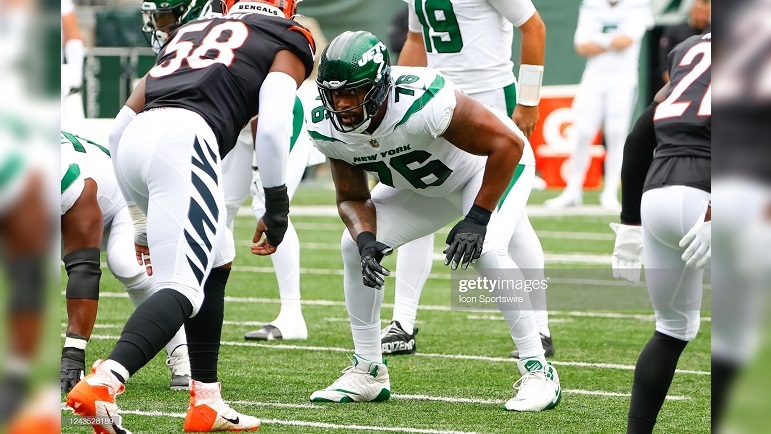 The New York Jets will indeed have a new starting left tackle on Sunday against the Pittsburgh Steelers when the two teams square off at Acrisure Stadium.

On Tuesday, the Jets placed starting left tackle George Fant on the Reserve/Injured list because of a knee issue, and he’ll now miss at least the next four games. That means that the Jets will likely start veteran backup Conor McDermott at left tackle on Sunday against the Steelers.

In relief of the injured Fant on Sunday against the Cincinnati Bengals, McDermott didn’t play all that well. In fact, he allowed one sack, one quarterback hit and three hurries in the 27 pass blocking snaps that he played in that Week 3 home game.

This is big news because whomever starts at left tackle on Sunday for the Jets will be facing off against Steelers outside linebacker Alex Highsmith, who enters Week 4 of the 2022 NFL season as the league’s leader in sacks with 4.5.

The Jets, who hope to get back second-year quarterback Zach Wilson on Sunday against the Steelers, have given up nine sacks so far this season with veteran backup quarterback Joe Flacco being on the receiving end of all of them. Wilson has not played in a regular season game this season after suffering a knee injury during the preseason.

The Steelers enter Week 4 with nine total defensive sacks in their first three games. The unit has only registered two sacks in their last two games, however, with Highsmith being credited for 1.5 of them.