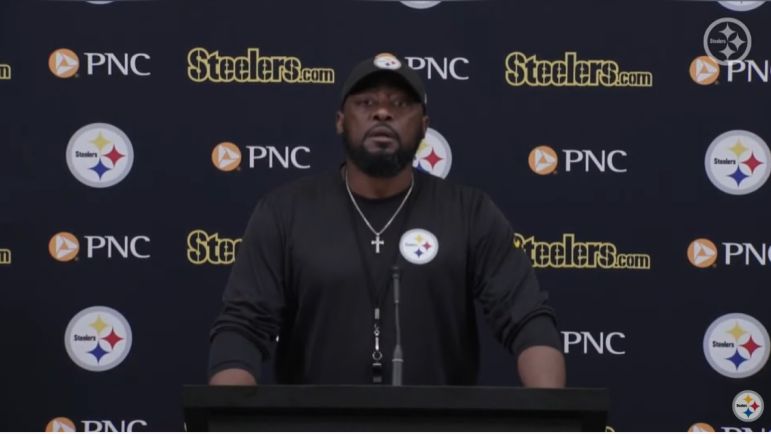 For the first time since the Pittsburgh Steelers wrapped up their Week One win over the Cincinnati Bengals, Mike Tomlin shed light on T.J. Watt’s pectoral injury. In step with all the news reports that have come out over the last 48 hours, Tomlin struck an optimistic tone about Watt’s future.

“Let me say this,” Tomlin said in his Tuesday presser carried out by the team. “We’re probably in a lot better place than we were after the game…I can definitively say T.J. won’t play this week. But I won’t make any commitments beyond that. We’re encouraged and we’ll continue to look at the situation and gain opinions and do what’s appropriate.”

Reportedly, Watt was still weighing second and third opinions from doctors for his best course forward. While Tomlin ruled Watt out this week, that much was obvious, the fact he’s even leaving the light on for anything going forward is a great sign. It’s still highly unlikely Watt is able to return for Week 3 against the Cleveland Browns, a short-week Thursday game, but the news seems to be moving further and further away from “season-ending” territory.

Later, Tomlin said he can’t “definitively” rule out surgery while the team is gathering “second and third” opinions. Tomlin also said the team wasn’t in a hurry to decide whether or not to place Watt on IR, suggesting that decision could come later in the week.

UPDATE (2:00 PM): Watt has chimed in about his injury in GIF form, stating he’ll return.

Elsewhere, Tomlin wasn’t quite as optimistic-sounding as Najee Harris was earlier today, suggesting Harris will need to show some participation this week to play against the Patriots.

“[Najee] is really optimistic. It’s good to be young. He appears to be in position but he’s going to have to practice and prove his readiness. That’s my perspective. He’s a talented guy but he’s a young guy. So I’m going to want to see some work from him. We’ll take it day-by-day.”

Tomlin said Harris did not reaggravate the Lisfranc injury he suffered in training camp.

Center Mason Cole suffered an ankle injury and briefly left the Bengals game. Tomlin hinted Cole will miss some practice time this week but is expected to play against New England. He deemed all other injuries as minor. Ostensibly, that includes LB Robert Spillane (eye), DL DeMarvin Leal (unknown) and CB Levi Wallace (ankle). Both players appear to be on track to play this weekend.