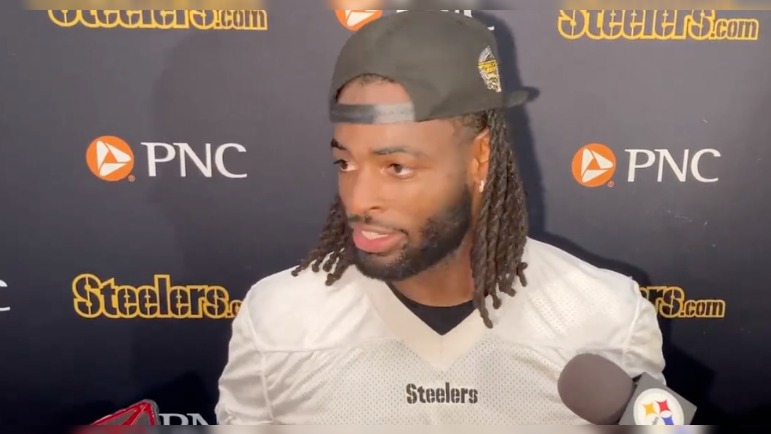 After suffering a foot injury in the Pittsburgh Steelers’ Week One contest against the Cincinnati Bengals, RB  Najee Harris says he’s good to go to play in this Sunday’s home opener versus the New England Patriots. Harris joined Adam Schein on Mad Dog Sports Radio and declared himself healthy. Or at least healthy enough.

“That’s the plan,” Harris said when asked if he’d be practicing and playing. “I should be ready to play. I should be back practicing…ready to go this weekend.”

Najee Harris: “I'll be back at practice this week, and then I will be playing this weekend.” #Steelers #NFL pic.twitter.com/9cWx5fEh3R

Harris got his leg bent back on a second half run against the Bengals on Sunday, momentarily laying on the ground in pain before getting up and hobbling off the field. He was soon ruled out by the team.

NFL Network’s Ian Rapoport reports Harris suffered an aggravation of the Lisfranc sprain he suffered early in training camp, causing him to miss a month of action.

Harris carried the ball ten times for just 23 yards before exiting, looking a bit rusty behind an offensive line that didn’t offer much of a push. He did salvage his day with a short touchdown catch for the Steelers’ offense first TD of the season. Jaylen Warren and Benny Snell are his backups. Only Warren saw the field in the opener with Snell playing exclusively on special teams.