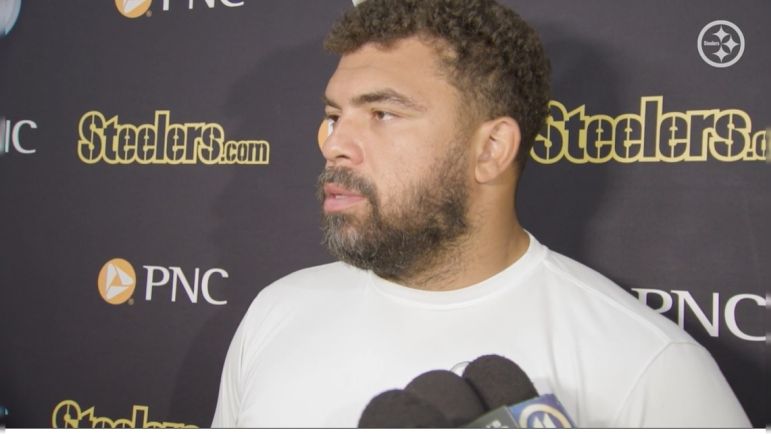 Ever since the turn of the century, the Patriots have long been a thorn in the side of the Steelers, and the one constant of all those teams, besides the various scandals, was the quarterback and head coach combo of Tom Brady and Bill Belichick. Pittsburgh, led by QB Ben Roethlisberger and head coaches Bill Cowher and Mike Tomlin, could quite never figure out how to crack the Pats’ code, as New England owned a 9-3 record over Pittsburgh, including an unblemished 3-0 mark in the playoffs.

With Brady now in Tampa and Big Ben enjoying the retired life, this Sunday’s showdown at Acrisure Stadium might have lost some of the luster that it’s carried in year’s past, especially after falling to the Dolphins 20-7 in the opener. But don’t tell Cam Heyward that, based on his comments made earlier.

“They might have had a bad game, I’m not going to put a lot of stock in it,” Heyward said according to Steelers.com. “The thing that’s always been very deceptive with every New England team is the running game, they’ve always had a really good running game, and if you overlook that, you’ll be scratching your head at the other game.”

Against Miami, the Patriots’ two-headed running attack of Damien Harris and Rhamondre Stevenson was kept in-check by a stout Miami defense, combining for only 73 yards on the ground. But both are very talented, as Harris ran for 929 yards and 15 touchdowns last season, and Stevenson, arguably the more talented of the two as a nimble 230-pounder with soft hands, added another 606 yards. Pittsburgh did a great job containing the Bengals’ Pro Bowl running back Joe Mixon last Sunday, as his 27 carries only netted him 82 yards, for a measly 3.0 YPC, and a similar effort will be needed this week as the team begins a multi-game stretch without the reigning DPOY T.J. Watt in the lineup.

The two teams both possess youngsters at their respective QB positions when compared to Brady and Roethlisberger, but with two teams aspiring to make the playoffs in a stacked AFC, Sunday’s game could boil down to a showdown in the trenches, especially if Mac Jones’ back woes prevent him from lacing up. However, Heyward is prepared nonetheless, as the team looks to move to 2-0 on the young season.

“When those two teams link up, it’s a battle and it’s a tough game and we understand that, both teams are always fighting for something. They’re going to come in here and try to establish the run game, settle everybody down and then let Mac Jones facilitate to everybody.”