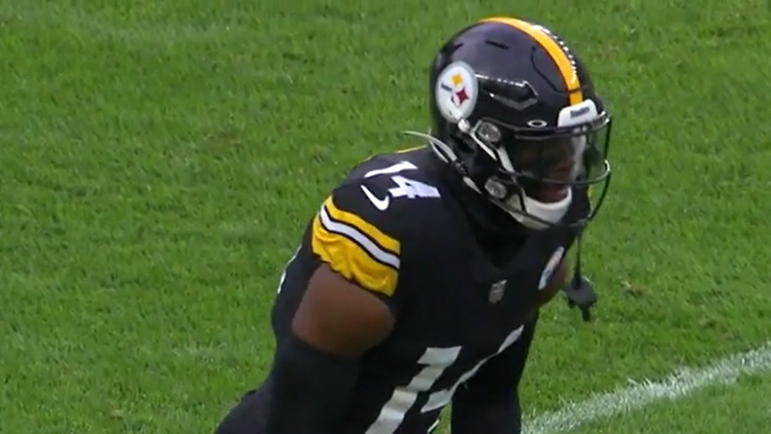 George Pickens played in the SEC so he’s no stranger to football rivalries. But he’ll get his first taste of a NFL one this weekend when he and the Pittsburgh Steelers travel to Cincinnati to take on the Bengals. Speaking to reporters Thursday, Pickens is ready to be part of the story.

“They told me it’s a real rivalry,” he told reporters via The Trib’s Chris Adamski. “I didn’t know, I thought everyone was on the same playing field, the team we play doesn’t matter. But the Bengals are a real rivalry.”

George Pickens on making his NFL debut against a team that’s not only a bitter rival but also the defending AFC champions pic.twitter.com/2ISaacFIwk

The Steelers are looking for a Week One win and some revenge after being swept by the Bengals a year ago. They’ve dropped three straight games to Cincinnati, outscored 92-37. They lost the rematch in 2020, the Bengals upsetting the Steelers at Heinz Field. Pittsburgh game into the game as 14.5 point favorites but turned the ball over three teams and were beaten by QB Ryan Finley, who completed just seven passes the whole game. Last year, they were swept for the first time since 2009, including being blown out in the second season meeting, 41-10.

That recent history can’t be ignored but for a rookie like Pickens, about to play in his first regular season game, he’s just focused on doing his job.

“We just gotta go out there and execute.”

At the least, Pickens will be part of the Steelers’ three-receiver sets, their 11 personnel, and should see a fair amount of playing time. Pickens’ role could increase even more if WR Diontae Johnson misses due to his lingering shoulder injury. If Pittsburgh is going to beat the Bengals, they’ll need their receivers to outplay Cincinnati’s own top three in Ja’Marr Chase, Tee Higgins, and Tyler Boyd. That means a guy like Pickens coming up large and making plays, hopefully in the red zone, as the Steelers’ offense looks to improve upon last year’s struggles.

This isn’t a unit expected to regularly hang 30+ points but they’ll need to eclipse the 20-point mark on a consistent basis if they want to compete in a potent AFC. Last year, they went 6-2 when scoring at least 20 points but just 3-5-1 when held under that mark.