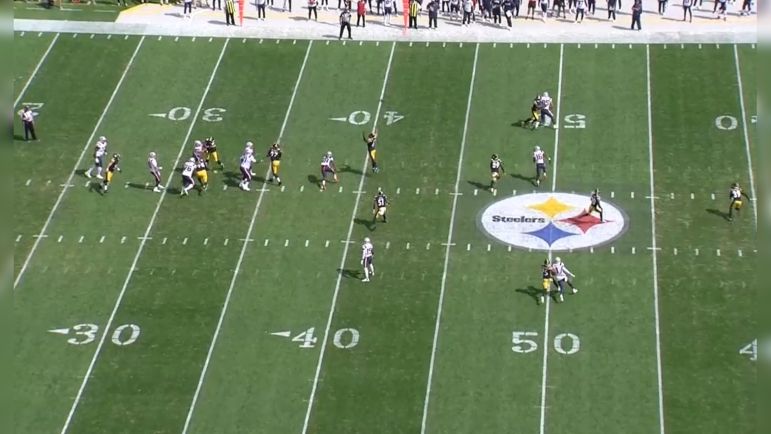 The Pittsburgh defense has played well through two weeks, giving up only 37 points in their contests. One area that seems to be a weakness for them at the moment is how they’re defending in-breaking routes, particularly deep over routes from the slot. New England found something there last Sunday and used it to get a few chunk plays out of it.

With how many deep overs the Patriots ran, I wanted to take a look at how Pittsburgh was defending it and reflect on how it may be improved going forward.

From the slot, the Steelers play a lot of off-coverage with an outside shade on receivers. With a single-high coverage, the idea is to funnel everything into that safety.

Ideally, when playing with an outside shade you want to still stick to that receiver’s back hip. With how the Steelers are playing off, in numerous instances Sunday, it gave the Patriots an easy throw. In this rep, you can see Cam Sutton doesn’t have the makeup speed to be able to stick with the Patriots receiver.

This technique worked out for the Steelers in week one when the Bengals receivers weren’t bending this route inside as strongly. This allowed Sutton to sink underneath the pass for the interception.

I wouldn’t doubt the Patriots game planned this by making sure the slot receivers ran their over routes with a sharper bend to make it extremely tough for the slot corners to make up ground. Simply by the presnap alignment, you’ve lost the rep.

Below we have a similar look. It is cover-1 robber with Minkah Fitzpatrick sinking into the “robber” zone and Terrell Edmunds being the single-high safety. In my opinion, scheme-wise, this is the ideal way to defend the deep overs in combination with how the Steelers have the slot aligning presnap.

You have to give Mac Jones a lot of credit for being patient and waiting for the over to clear the robber to slip open. You can also factor in that this is an area where you are reliant on pressure to not allow the quarterback time to make this throw. The loss of TJ Watt shows up in numerous different ways.

The Steelers get lucky as the ball bounces off Jakobi Meyers’ hands while also getting away with some contact from Sutton before the ball gets to Meyers. It’s bang-bang and the refs don’t throw the flag.

Now we have a deep over from WR3 on the three-receiver side. Levi Wallace gets cooked with the receiver’s clean “stair step” move on the crosser. The idea is to get the defensive back moving vertically before breaking off inside.

This is pitch and catch for the Patriots as they take advantage of the mix of technique and athletic profiles the Steelers are employing inside. Trail technique is really hard as a cornerback and one of the toughest techniques to master. If you don’t have elite anticipation, change of direction, and burst it’s not going to end well for you. None of which I’d say fit the profile of Levi Wallace. 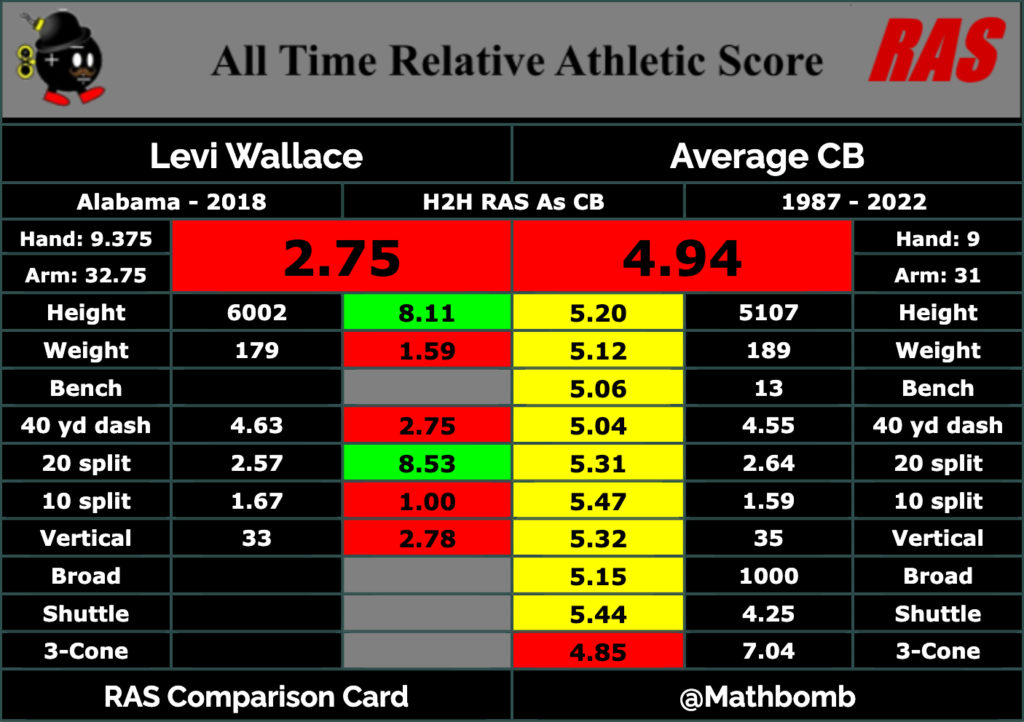 For the record, I think Wallace is a fine outside cornerback and an upgrade over a 2021 Joe Haden, but I do not think the Steelers are putting Wallace in a position to succeed playing him inside like this.

Here’s another Levi Wallace rep inside. This time the receiver’s skip release gets Wallace looking into the backfield and his poor eye discipline leads to another easy deep over completion.

It looks like Sutton is attempting to switch this route off as they both start running to the deep over, but this would have been even more open had Wallace not tried to recover.

The Patriots come out and run the same concept as two clips ago with digs from WR1 and WR2 and a deep over from WR3 on the trips side. This time the Steelers have Fitzpatrick playing WR3 from deep and he doesn’t come remotely close to being able to cover the over route. The quarterback could take his pick of who to throw to with the two inside breaking routes.

We’ll now take a look at how the Steelers were defending the deep overs with a 2-deep safety look.

In the two clips below, Sutton is now playing trail with an inside shade trying to “wall off” any throws between the hashes. You see just how much more effective it is in taking away these types of throws.

You can’t constantly play with 2-deep safeties as it will leave you vulnerable against the run, especially against a team like the Patriots. So there has to be a way to cover them with a single high coverage.

In the 4th quarter, the Steelers may have found out how.

Terrell Edmunds had the opportunity to walk down to play the WR3, which in this case was tight end Jonnu Smith. Watch how he plays these deep overs. He’s playing the same outside shade, off-man look that Sutton and Wallace were playing earlier but his speed and athleticism really show here. He’s able to effectively get to the hip of the receivers and close off any passing lanes. Jones would have to drop these in a bucket to complete the pass.

It’s an important note that Edmunds is covering a tight end, but in terms of athletic profiles, Jonnu Smith isn’t that far from Jakobi Meyers who was torching the Steelers on these same routes.

In the end, Edmunds may not be the answer to covering these deep overs, but his technique is ‘teach tape’ in terms of how the Steelers cornerbacks need to play them from their off, outside shade alignment. At the moment, it feels like whoever they put in that spot, sans Edmunds, is lackadaisical in terms of getting to the hip.

There are now two weeks worth of tape on the Steelers playing it this way. If they do not coach it up teams will continue to drill them with these concepts until they stop it. Overall, Teryl Austin and Brian Flores have seemed to be coaching up this defense well. We’ll see if they make adjustments heading into Cleveland, another team that loves deep overs, especially off play-action.