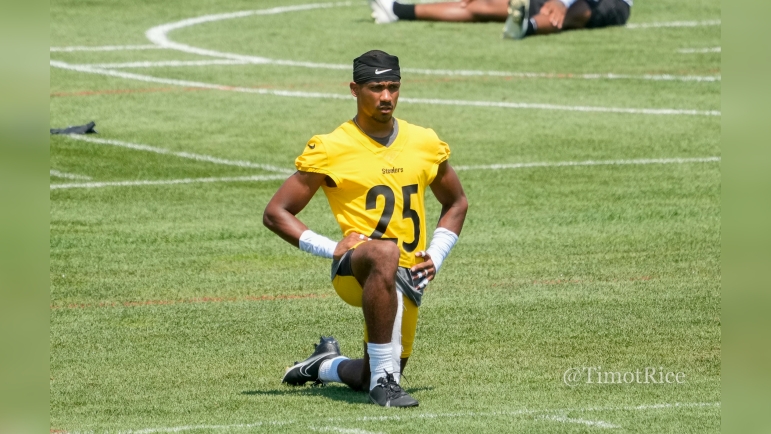 Regardless of the Steelers’ poor track record with cornerbacks through the years, one constant that the team has always placed a premium on is their ability to tackle (okay let’s forget Artie Burns happened for a second). Names like Mel Blount, Ike Taylor, Carnell Lake, and Joe Haden all jump out when you think about the physicality Pittsburgh desires at the position. While I don’t ever expect Ahkello Witherspoon to be as physical as those that came before him, he is proving to me that he is willing to come up and stick his face in the fan for the betterment of this defense.

From his time in college at Colorado, Witherspoon has always been more of a “cover corner” than anything. His tackling was all but non-existent, but he has improved every year in the NFL to the point that now I’d qualify him as “solid” in that area. He proved that Sunday.

Witherspoon was one of my favorite retainments from the 2021 Steelers roster that hit free agency. He didn’t get a chance to fully prove himself as a player until week 13 last season and came away with three interceptions and nine pass deflections over the final six games. Even with the small sample size, he was looking like one of the best cover corners the Steelers have had since the days of Ike Taylor (AND he can catch). The one big question on him was wondering whether or not he was going to come up and tackle when the time came.

The answer to that question got a little murky on the second play of the preseason when Witherspoon was already making business decisions when it came to tackling.

When week one came around, those business decisions were left in the tunnel of Cincinnati’s Paycor Stadium.

All of these next few clips came in the first quarter of the game. Witherspoon came out flying around.

It helped that the Steelers played a ton of cover-2 which makes this the job of the corner to sit in the flat and play everything in front of them, requiring physicality from your cornerbacks to come up and hit. Witherspoon brought it. Below, he lays a nice pop to the Bengals slot receiver running a pivot route.

Here’s another cover-2 rep where Witherspoon quickly diagnoses the check-down and shows no hesitation in running up to be the first contact on Joe Mixon, nearly getting a TFL.

This clip is, very similar to the last play in terms of Witherspoon coming up from cover-2 on a Check-down and making a tackle. It’s not a knockout blow but it creates a 3rd-down.

He had a rougher rep on this quick pop pass to Ja’Marr Chase but ultimately does his job by hanging on long enough to get him to go out of bounds. That’s going to be a tough play for any corner playing 10 yards off against one of the best YAC guys in the NFL.

The CBS commentator, Charles Davis, relayed the best way to describe Witherspoon’s tackling efforts early in the season as Mike Tomlin noted him being “not unwilling to engage.” That’s the most you can ask for from a guy that is likely you’re best cover corner. If there ever was a place for Witherspoon to further develop in the tackling department, it’s in Pittsburgh.

Have you noticed Ahkello Witherspoon’s willingness to tackle so far in the black and gold? Let me know in the comments!