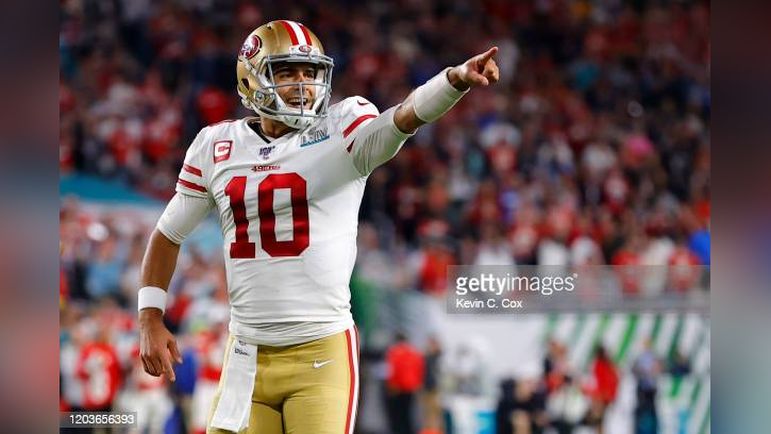 Quarterback Jimmy Garoppolo remains a 49er. According to Bleacher Report, he should be a Steeler. In an article outlining the biggest regrets of the offseason, BR’s Alex Ballentine writes Pittsburgh made a mistake not going after Garoppolo. Explaining why, he writes:

“As the team prepares for a future without Big Ben, they will have to take one of two paths forward. They can either hope Mitch Trubisky can elevate his level of play after serving as a backup in Buffalo last season, or they’ll have to put rookie Kenny Pickett behind an offensive line that ranks 30th in PFF’s preseason ranks and hasn’t done much prove that number wrong.

Neither of those is optimal, and there was a simple solution in front of them in Jimmy Garoppolo.”

The 49ers attempted to shop Garoppolo all offseason, though his offseason shoulder injury disrupted those plans. But the biggest issue was his contract, a large base salary that made him difficult to move. Ultimately, there were no takers and the 49ers restructured his deal that will likely keep him with the team this year.

Pittsburgh chose to add to their quarterback room through free agency and the draft, signing Mitch Trubisky on Day One of free agency and adding Kenny Pickett on Day One of the NFL Draft. Trubisky is the bridge quarterback in a city full of them while Pickett is the long-term play, the hopeful heir to Ben Roethlisberger’s franchise throne. Both were better paths than acquiring Garoppolo, who would’ve been more expensive and required some sort of draft pick compensation, not to mention a player who wouldn’t have been healthy for OTAs and perhaps not even the start of training camp. That would’ve put him behind to start the summer. Garoppolo is an average quarterback who has benefitted from a strong scheme, culture, and group around him. In other words, he’s Trubisky on a good team.

Ballentine went on to recognize Garoppolo wasn’t the team’s “long-term answer” at quarterback but viewed him as an upgrade over Roethlisberger. That may be true but Trubisky brings his own advantages to the Steelers’ offense, chiefly his mobility, at a cheaper cost and without needing to give up a draft pick.

Like the rest of the NFL, the Steelers choosing to avoid landing Garoppolo was the right move. Ultimately, their quarterback situation all boils down to whether or not Pickett is successful. If they hit on Pickett, whatever veteran they did or didn’t sign becomes irrelevant in the big picture.