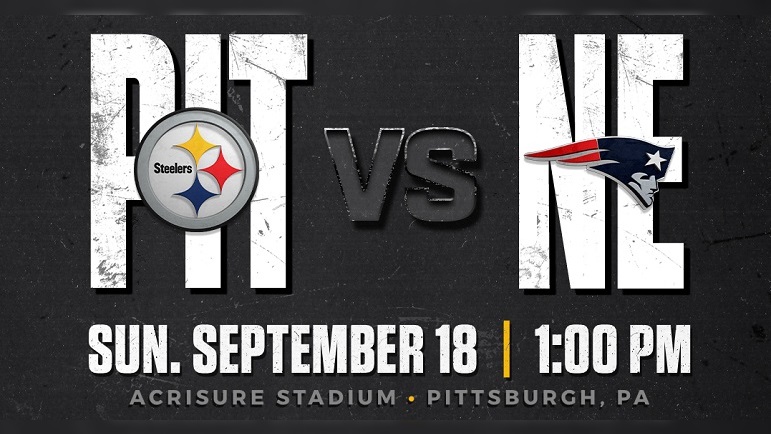 This game is exactly what everyone expected, a defensive battle. The game was tied 3-3 up until an unlikely 44 yard bomb from Mac Jones to Nelson Agholor resulted in a touchdown with under a minute in the 1st half to go.

The Patriots will get the ball to start the half, so that touchdown was really costly for the Steelers entering the 2nd half.

Been highly critical of Matt Canada thus far, hard to blame him for much of went wrong in that first half.

Hard to overcome anything when O is beating themselves at every turn. #Steelers

START OF 2ND HALF

On 1st down, Damien Harris picked up 5 yards. Kendrick Bourne gained 10 yards across the middle.

On 1st, Harris went off right tackle for 3 yards tackled by Devin Bush and Tyson Alualu. Jones incomplete to Bourne on 2nd. Rhamondre Stevenson picked up 7 yards on 3rd and picked up just enough to convert. Minkah Fitzpatrick was shrugged off just enough to pick up the necessary yardage.

Stevenson up the middle for 3 yards on 1st. False start makes it 2nd and 12. The Patriots were forced to burn their first timeout of the 2nd half to avoid another 5 yard penalty. Makes sense, as that would have moved them out of field goal range.

Stevenson picked up 4 yards on 2nd. Jones incomplete on 3rd down. The Patriots attempted a field goal, but it sailed wide right. The Steelers get good starting field position. They must take advantage.

This is almost as good as a turnover. DO SOMETHING with it, Mitch. #Steelers

Steelers have one explosive play so far and that was to…

Najee Harris picked up 13 yards and a first down on the first play of the drive. Now in New England territory.

Harris off left tackle for just a one yard gain on 1st down. 2nd and 9, Diontae Johnson caught the pass for 9 yards and a conversion.

Diontae Johnson so good creating space at the top of his break on curls/comebacks. #Steelers

The Steelers are now in field goal range. On 1st and 10, incomplete intended for Chase Claypool. On 2nd down, Diontae Johnson caught the dump off for 2 yards. Pittsburgh burned their first timeout ahead of the 3rd and 8 opportunity. It is pretty safely a field goal at this range if they fail. On 3rd, Trubisky checked down to Jaylen Warren for no gain. Boos are raining down on the field. Chris Boswell’s field goal is good. 10-6 Patriots.

We've got the #Steelers fans chanting for Kenny Pickett after Trubisky throws a check down on 3rd and 8 and gets bubkus. Chris Boswell does what Nick Folk could not, drilling a 52-yard field goal, and the #Steelers pull within 4, 10-6.

Miles Boykin tackled Pierre Strong on the kickoff at the 17 yard line. Great special teams play by the Steelers. 8 yards left on the table there by the Patriots.

Nelson Agholor picked up 25 yards with Cam Sutton and Terrell Edmunds in coverage. Sutton tried to punch out the ball or force the incompletion, but it allowed 5-6 extra yards.

False start makes it 1st and 15 for the Patriots. The 2nd down pass to Jakobi Meyers was directly into the hands of Cameron Sutton, but he dropped the interception. 3rd and 9, Sutton forced the incompletion deep left. A punt coming for the Patriots. Sutton left a good amount of yards on the field. The Steelers have been so close to dominating the field position battle, but you know what they call close…

Gunner Olszewski dropped the punt, recovered by the Patriots. Penalty on the play by Connor Heyward. The Patriots all of a sudden have the ball in the red zone. Olszewski just choked against his old team.

Cam Sutton’s drop and Gunner Olszewski’s fumble make this an uphill battle for the Steelers with 2:47 remaining in the 3rd quarter.

On 1st down, Trubisky complete to Najee Harris for 14 yards and a first down.

Diontae Johnson was targeted on 1st down, but it fell incomplete. Trubisky’s timing seemed a little off there. On 2nd and 10, Olszewski with the end around for 18 yards. Mike Tomlin giving him a chance to shake off that dreadful special teams play.

Najee Harris up the middle on 1st down for 8 yards. 2nd and 2 and in field goal range for Chris Boswell. On 2nd down, Trubisky dumped it off to Najee Harris for 8 more yards. Najee is feasting underneath on this defense. Najee Harris stiff armed the defender and then hurdled another for extra yards.

On 1st and 10, Diontae Johnson picked up 13 yards before going out of bounds.

1st and 10 from the 14 yard line, Najee Harris picked up 3 yards off left tackle. Jaylen Warren rushed on 2nd down for 3 more yards. 3rd and 4 coming after the break.

Mitch Trubisky found Pat Freiermuth in the end zone for the touchdown! Trubisky also converted for two extra points to Diontae Johnson. Johnson with a heroic diving catch to make that happen. 17-14 Patriots.

There it is, folks

On 1st and 10, Jakobi Meyers picked up 11 yards with a pass in the middle of the field. Myles Jack made the tackle.

On 1st, Stevenson went up the middle for 3 yards. Kendrick Bourne caught the pass for 10 yards and a fresh set of downs, but offensive holding called on the Patriots, so 2nd and 17 coming. Stevenson rushed up the middle for 8 yards to make it 3rd and 9. Meyers converted with Witherspoon in coverage. 15 yard gain. Mac Jones just has all day back there without TJ Watt’s presence.

The punt was downed at the Steelers’ 11 yard line. With 10:49 remaining, the Steelers need to at least flip the field here. They can’t afford to three-and-out this deep.

Najee Harris picked up 2 yards on 1st down. A deep incompletion to George Pickens makes it 3rd and 8 deep in their own territory. Whatever play they have been holding onto, now it the time to use it. Trubisky checked down to Najee Harris for 2 yards. It rests of Pressley Harvin to flip the field now. He doesn’t have much to work with punting near his own end zone.

Can't go empty on third down against the Pats. They mug the A gaps and there's always going to be a free rusher up the middle or off the edge. That can't work on 3rd and 8. #Steelers

The Patriots will start at the 50 yard line. Defense has quite the task ahead of them to keep this game winnable with under 10 minutes remaining.

Jakobi Meyers received the first down pass for a 6 yard gain. On 2nd and 4, Damien Harris rushed for 2 yards. 3rd and 2 upcoming. If they want to keep it a 3 point game, this is an important play. Mac Jones incomplete intended for Jonnu Smith. Robert Spillane and Terrell Edmunds right there in coverage. The Patriots have a good chance to pin the Steelers deep on the punt again.

The punt went into the end zone for the touchback. That is a nice break for the Steelers and Mitch Trubisky.

Najee Harris picked up 5 yards on 1st down with a nice move to shake the first tackler. On 2nd and 5, Harris caught the checkdown pass for 3 yards. On 3rd and 2, Trubisky tried to lob one to Najee. Matthew Judon wasn’t looking and that probably should have been pass interference. That was at least enough to flip the field, sort of. Pressley Harvin’s punt went just 43 yards, but it was tackled right away by Miles Boykin. He is an excellent gunner.

On 1st and 10, Rhamondre Stevenson up the middle for 3 yards. On 2nd, a pitch toss to Stevenson picked up 7 and a first down, but New England called for holding. 2nd and 17, Humphrey picked up 11 yards to set up 3rd and 2. Mac Jones scrambled for 5 yards to convert.

Stevenson went up the middle for 6 yards. The Patriots right around the midfield mark. On 2nd and 4, Stevenson picked up 8 yards up the middle again. The Steelers run defense is falling apart here.

Damien Harris was tackled for a loss of two yards on 1st and 10. On 2nd and 12, Harris picked up 9 yards. Pittsburgh had to trade their 2nd and 3rd timeouts. 3rd and 3, a conversion effectively ends the game. Harris found the lane and converted. Cam Heyward and Damien Harris were banged up on the play. That forced a timeout by New England. A few kneel downs and the game is over.