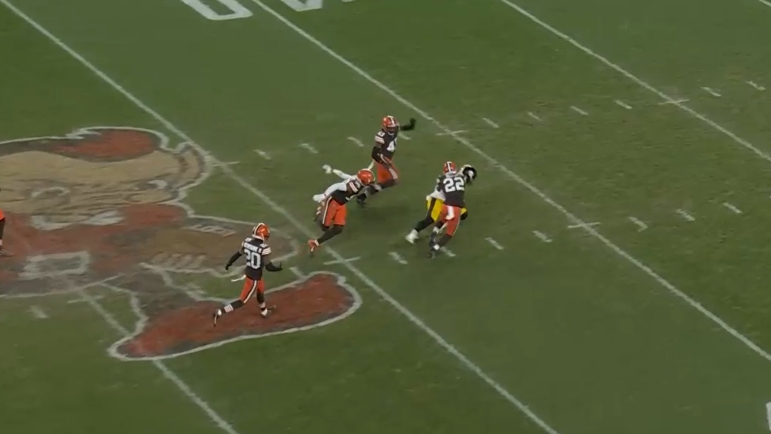 Reasoning: Despite being sparsely used as a receiving option until late in the game, Pat Freiermuth made big plays when he was targeted, something that the Steelers had been looking from him, and he served as an integral element of their pass protection throughout the game prior to that in working to eliminate Myles Garrett. He also did well as a run blocker, particularly when being allowed on the move.

It’s hard sometimes to really assess the performance of a blocker without going through the tape because what they’re being asked to do is not going to stand out immediately unless something goes remarkably wrong or it just so happens to occur right in front of the action.

It is worth noting that Freiermuth himself said this offseason what one of the areas he wanted to target for improvement was his in-line blocking, and admittedly, when asked to carry out such assignments, he’s still a bit hit or miss.

But he also wanted to make more plays down the field, and he is doing that this year. He caught two passes down the field on Thursday, including a particularly tough grab up and over traffic down the seam, and at a critical moment in the game.

This was after a game on Sunday during which Freiermuth didn’t appear quite as typically sure-handed as has come to be expected from him, so that in itself was good to see. And he also showed good situational awareness after making the catch in trying to hasten to the next play being run.

The Steelers still need to come together and reorganize this offense and figure out exactly what it is and what works. Once they do, Freiermuth is going to be a bigger part of that.