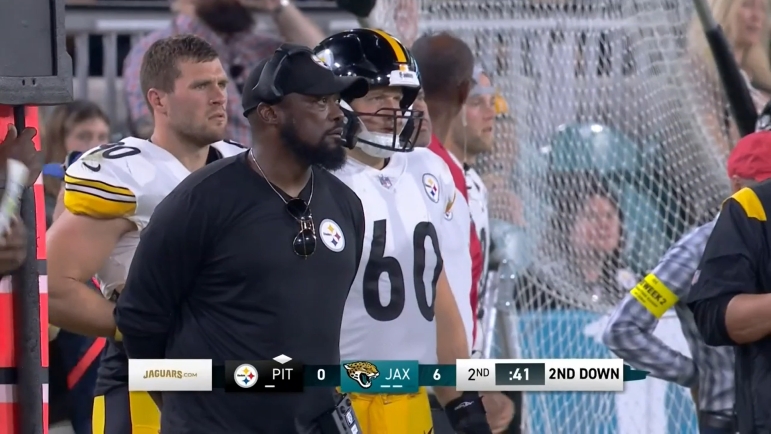 Question: Will the Steelers add another outside offensive lineman to their 53-man roster who was not in camp with the team?

The Steelers made two trades on cutdown day, one of which was for offensive lineman Jesse Davis, currently one of eight linemen on the roster. They waived both Joe Haeg and Trent Scott, the combination of which was a surprise to most.

It was reported that Pittsburgh was the team most active in pursuing trades for offensive linemen, and that they had been in discussions for one prior to (perhaps) settling for Davis. One wonders, given their level of pursuit, if they might not be done adding outside veterans.

The Steelers did, of course, sign two outside free agents back in March, who are in the starting lineup, in Mason Cole at center and James Daniels at right guard, the latter of whom finally and mercifully turned in a better performance in the preseason finale.

Yet this group still feels entirely underwhelming, especially as it concerns the depth at tackle. While many expect that Scott will be re-signed, possibly after Reserve/Injured List moves are made (assuming there is more than one), it’s not guaranteed to happen, and even if it does, it’s not very inspiring.

This is a roster that neither Omar Khan nor Andy Weidl had much of a hand in building from the beginning of the process—indeed, Weidl wasn’t even a part of the organization until after the draft. It would not be unreasonable to assume that they have a different vision of what suits the team than Kevin Colbert did when he put together the first 90-man roster. And to get closer to that vision, it might require another trade. I wouldn’t mind picking up somebody like Tyre Phillips, personally, though admittedly I haven’t been following him this offseason.