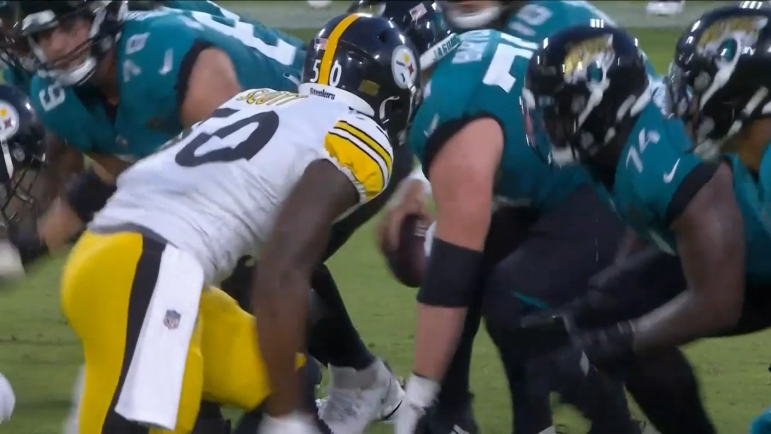 Question: Who will occupy T.J. Watt’s roster spot this week if the Steelers place him on the Reserve/Injured List?

Although the Steelers received good news on T.J. Watt’s torn pectoral, it is still likely that the reigning Defensive Player of the Year ends up on the Reserve/Injured List, which would prevent him from practicing or playing for at least the next four games. It’s likely that he wouldn’t be playing during that span, anyway.

So let’s assume that Watt does end up on IR, and I think that’s a pretty safe assumption. We can also probably assume with relative confidence that his roster spot will be filled by another edge defender. But who?

Would it be Delontae Scott, who has been with the team since last year, on the practice squad? They just signed Ryan Anderson to the practice squad. Anderson is a former second-round draft pick in 2017, although he only has four career starts and six career sacks to his name across 1,060 career defensive snaps played.

We can probably assume that the Steelers are unlikely to add a significant name at the outside linebacker position between now and Friday, so chances are extremely good either Scott or Anderson is on the 53-man roster. Given that it’s not a very long-term injury, in fact, we should probably expect that they won’t be adding anybody else from the outside.

After all, they already did turn over the back end of the outside linebacker room. They acquired Malik Reed via trade on cutdown day and then were awarded Jamir Jones off waivers a day later. Reed and Jones will be carrying the load on the left side until Watt is gone. But his roster spot, assuming he indeed is place on IR, still needs to be filled for this week.

One thing we should consider is the possibility of them promoting another position. The Steelers could take the course of using the practice squad elevation method to fill in the gaps until Watt returns, or at least temporarily. Each player may be elevated from the practice squad up to three times per season as a standard elevation, so in theory, between Scott and Anderson, that gives you six games.