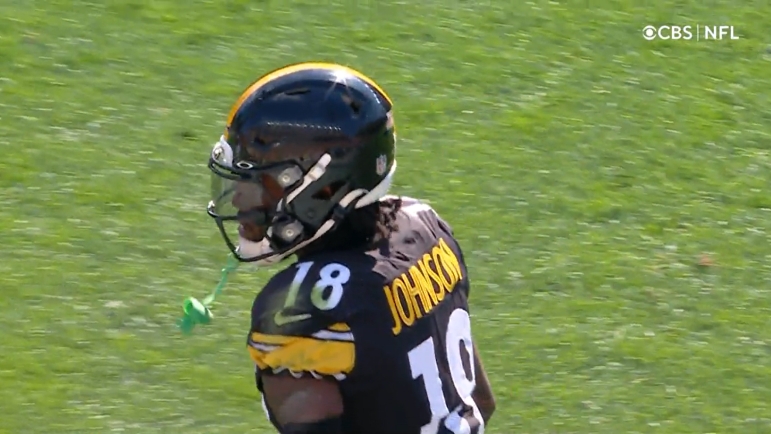 UPDATE: Washburn said in an update after halftime that Mike Tomlin told him that the injury to Johnson was minor and he could’ve returned if it was a regular season game.

After a 38-yard gain down the left sideline, Pittsburgh Steelers wide receiver Diontae Johnson came up shaken up and exited the game with a shoulder injury. He went to the locker room and will be out for the rest of the game, per a report from CBS Sports’ Evan Washburn on the TV broadcast.

Johnson going down for any period of time would be a major blow to the Steelers, as he’s expected to slot in as the team’s WR1. Hopefully, Pittsburgh is just being cautious with Johnson given that it’s a preseason game and this isn’t something that will drag into the regular season.

It didn’t appear as if Johnson was significantly injured, but it can be tough to tell sometimes. We’ll likely hear an update from Mike Tomlin in his press conference after the game.