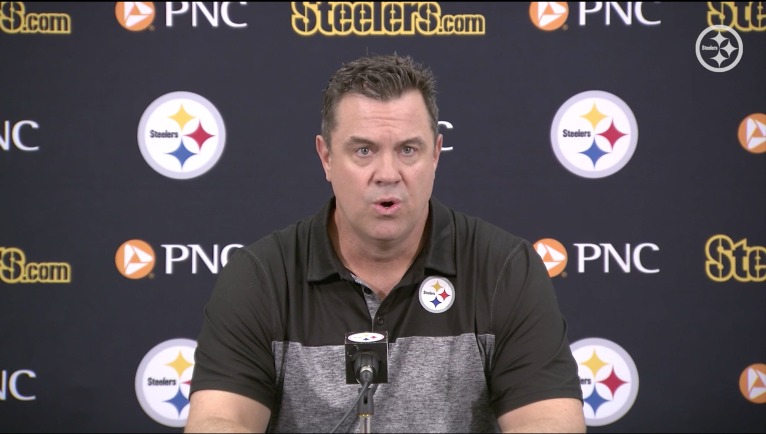 In his press conference this morning, via the team’s website, Pittsburgh Steelers’ assistant general manager Andy Weidl talked about how the team would run post-Kevin Colbert.

The old adage goes “if it ain’t broke, don’t fix it.” Colbert won two Super Bowls and continually built a team that competed within the division and the AFC. Changes will be made, and they already have been with an expanded scouting staff and some new titles, including an assistant GM for the first time in team history in Weidl.

In general, though, current general manager Omar Khan worked under Colbert for so long, the two have a close relationship, and a lot of what Colbert did must have rubbed off on him. The changes that are made will be the better, but there isn’t going to be some big overhaul of how the Steelers are run. And frankly, there shouldn’t be. The Steelers’ stability has been one of the most impressive things about the organization. Even under a new front office regime, things will run largely the same.

I like Weidl’s quote about continuing to find Steelers. There’s a certain football player you look at and think, that guy’s a Pittsburgh Steeler. Cam Heyward and T.J. Watt fit that mold right now, and going back in the team’s history you can point to Brett Keisel, Casey Hampton, Heath Miller and so many more guys that did, too. Finding high-character players on and off the field that embody what the Steelers stand for is essential to keeping the team culture the same as it always has been.

On the Pat McAfee Show today, general manager Omar Khan acknowledged there’s a formula to finding that sort of player.

“There’s a specific individual. You’re not always gonna be right. You try to be right every time. But yeah, there is a formula there,” Khan said when it comes to finding that type of player.

“There is this specific player that we look for and the intangibles and certain characteristics, and that’s never gonna change. You know, that goes way before Kevin and before me and it’s worked,” Khan added. “We try to represent the city of Pittsburgh and the community here. That’s important for us. And we want players that are gonna do the same.”

If you look at the off-the-field work of a guy like Heyward with his Heyward House charity, he’s certainly representing the community off-the-field. JuJu Smith-Schuster, while he’s since departed the team, was the same way with his charitable efforts around Pittsburgh. The type of players that are Steelers show it on and off the field, and their style of play often represents the city. With the Rooneys in charge, it’s no surprise that throughout whatever organizational changes occur, Pittsburgh is still able to find guys that truly represent what it means to be a Steeler and don the black and gold.

This year is the most organizational change the Steelers have had in a long time. From a new quarterback to a new general manager in Khan and other front office changes, it is a new era in Pittsburgh. There isn’t going to be a ton of change in the way the Steelers are run, but it’s going to be interesting to see what the new few years entail. If Pittsburgh can remain competitive and keep its culture and foundation the same, they’ll continue to be one of the best teams in the NFL. I fully expect that to be the case, but it might take a year or two for the team to get back to the level they’ve been at.

Obviously, it could happen this year, but it’s going to hinge on quarterback and offensive line play. If those two units can be average to above average this year, Pittsburgh should be a playoff team. This is going to be a fun year to watch, and I can’t wait for Week 1.