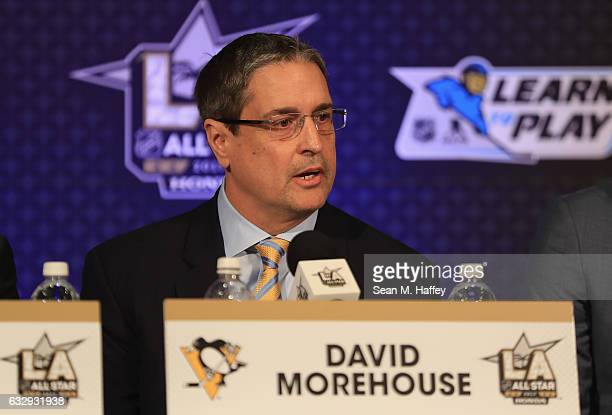 The Pittsburgh Steelers have made another hire to their executive staff.

On Wednesday, the team announced that they had hired David Morehouse to the role of Senior Advisor to Team President Art Rooney II. In the press release, it was stated that Morehouse would primarily focus on community and league-related affairs.

Morehouse should be familiar to many Pittsburgh natives as he served as the team was president and chief executive officer for the Pittsburgh Penguins. He joined the organization in 2004 as a consultant and quickly rose through the ranks, helping the Penguins win three Stanley Cup championships. He stepped down this past April from the role of CEO which he got in 2010, having previously held the role of team President since 2007.

According to Art Rooney II, Morehouse will play a key role in the organization, including the newly named Acrisure Stadium.

Pittsburgh takes pride in having home-grown members of their organization on the football team, in the front office, and on their coaching staff. Morehouse was born and raised in Beechview and South Hills Catholic High School. He then went on to Community College of Allegheny County while also taking classes from Duquesne University. Needless to say, Morehouse is a yinzer through-and-through since birth and is looking forward to his next adventure as a member of the Pittsburgh Steelers organization.

“During my time with the Penguins, I tried to learn from the Steelers and incorporate many of the things that Art II and his family have done with the team,” said Morehouse on the Steelers. “It was an honor to work for great owners at the Penguins in Mario Lemieux and Ron Burkle, and now I have a chance to work for Art and the Rooney family. It’s a dream come true for a Pittsburgh kid.”